MARK OUT: To temporarily forget that wrestling is fake because something cool happened. Urban Dictionary

CURTIS AXEL def. TRIPLE H via DQ and Forfeit (Axel gets 2 “victories, 3rd “match” ends in a “no contest”): MARKED OUT!

This was an amazingly entertaining way to kick off Monday Night Raw! Triple H and Curtis Axel start a match, then Vince comes down and ends it by giving Axel a DQ victory. Trips starts a new match with Axel, only to have Vince end this one saying Triple H is forfeiting. Trips starts ANOTHER match, this time a 60 minute Iron Man match, and that’s the straw that broke Mr. McMahon’s quaff.

Vince returns to ringside, tells Axel to leave, and even steals the ring bell. Reminded me of something these guys would have done during the Attitude Era. I liked it. I could have done without ANY of Stephanie’s terrible “acting” backstage Monday night, but the opening segment was a win for me.

Kane and Ambrose are always money. This match was more about setting up a run-in by The Shield and then Daniel Bryan and Randy Orton. This would also set up 2 other matches during the show that STOLE the show. All 6 of these guys are awesome and worth a MARK OUT.

Seems like the Miz is starting to get over a little more, but his Figure 4 is still horrible. The fact that he keeps winning with his terrible rendition of a legendary hold is why I checked out. I enjoyed the majority of the match before that. He seriously just needs to go back to getting pinfalls post-Skull Crushing Finale. NEXT!

Y2J and the return of Ziggler? Awesome. This led to Jericho facing Langston since Ziggler wouldn’t be competing on Raw, but they had good chemistry on the mics, as they always do with each other. VA had a full arena of kids though, just like Greenville, SC did, so Ziggler got literally NO response from the crowd when he returned. Good thing I can still MARK OUT at home and cheer for someone that is NOT John Cena. Next.

Great match, with a Code Breaker for the win. Awesome.

I can’t believe that I actually enjoyed a Sin Cara match, but this was probably one of the best matches he has ever been a part of. I was digging Cesaro’s weird new way of acting as he walked to the ring and then performed. Colter being on the outside and teasing a partnership with Cesaro soon was pretty baller too. I think Cesaro could benefit greatly from being managed by Zeb Colter. He needs to be pushed as a big heel, and a big heel manager can help.

Great match that ended with both Seth Rollins and Daniel Bryan getting involved. This then led us to Rollins vs. Bryan. These 2 matches were the highlight of the show. If Raw would have ended with these matches, this show would have been a 9/10 instantly. However, they put some stupid crap in the main event slot on the card, which led to me not loving the third hour. This matches were awesome though.

Daniel Bryan is the most talented guy on the WWE roster. Period. This guy is SOOOO over. It’s time for a run as WWE Champion…if Cena will allow it. What if Bryan wins a Face vs. Face title match over Cena, and Cena goes to work someone else for a while leaving Bryan to face off against Punk in the WWE title picture? What if indeed…

Anyway, Rollins and Bryan have ALWAYS put on great matches, even before the WWE. This was a classic. This match, and the one preceding it, took up at least 35-40 minutes of the night, and that is by NO means a bad thing. MARK OUT match for sure.

This segment wasn’t awful, mainly because of the Langston swerve and the “who is it” feeling that everyone had. The rest of it, just didn’t connect with me. Just put the Divas title on AJ already and end this feud.

I am a big fan of Sandow. I even rock his t-shirt once every 2 weeks. I think the guy has BIG potential, and is that “must have” mid-card guy that can work with ANYONE and put on a good match. This one was a great showing between these 2. R-Truth was in a match during the 3rd hour of Raw…which is weird, but Sandow came away with the victory. You’re welcome.

*WWE Champion* JOHN CENA and RYBACK Have a Face-to-Face Confrontation: …checked out…

Is anyone buying this feud? Is anyone still entertained by lumberjack or ambulance matches? Is Ryback really over enough to be in the WWE title picture? The answer to ALL of these questions is a good old fashioned Stone Cold “HELL NO!”

I am so beyond tired of this feud, that I REALLY hope it ends this Sunday at Payback. Please just end it. Put Ryback back down to the World title picture or IC title, remove him from the WWE Championship, he’s not ready for that, mainly because NO ONE BELIEVES THAT RYBACK WILL ACTUALLY WIN THE TITLE ANYTIME SOON. It’s stupid to have someone feuding with your champion if there is absolutely NO way that the WWE would put the belt on him anytime soon. Just not a fan of any of it, and the segment Monday night was just awful.

Loved the first 2 hours of this show. The wrestling overall was awesome, and most of the promos/segments weren’t terrible. Stephanie McMahon’s acting was horrid the whole night, but the Brad Maddox/Vickie Guerrero/Vince McMahon backstage segment with the cheeseburgers was classic. Again, I feel like the show should have ended with Orton/Bryan facing their Shield opponents, but no, we had to watch the show end on a VERY lame note. Overall, this one gets a MARK OUT, and I hope next week is more enjoyable post-Payback this Sunday! 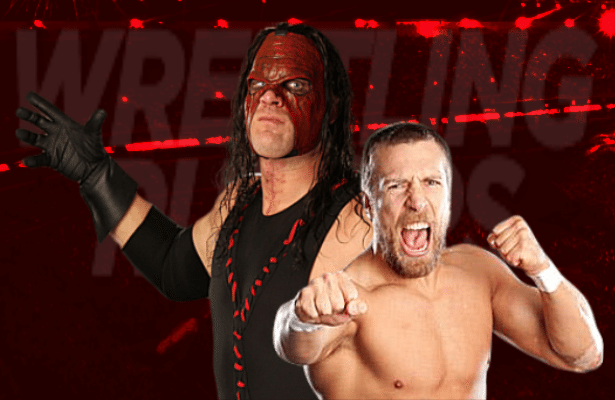 Kane Calls Daniel Bryan the Most Talented Guy in the WWE 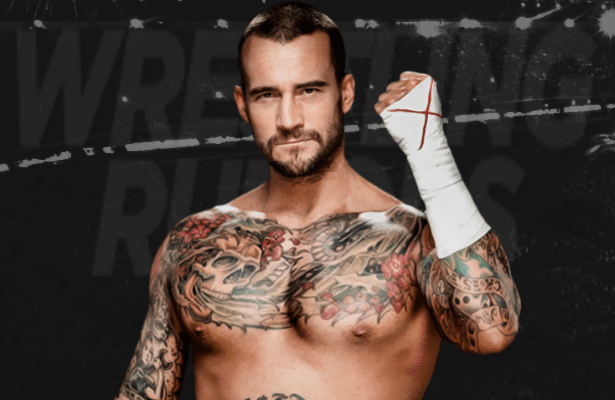 CM Punk May Have New Entrance Music at Payback