That’s some serious praise. Whether you like him or not, there are very few names in the history of wrestling on the level of Hulk Hogan. Hogan becoming WWF Champion in 1984 ushered in the modern era of wrestling and helped set off the Rock And Wrestling Connection which launched WWE to unimaginable heights. As a result, Hogan is one of the all time legends of wrestling and now he has his eye on someone of the new generation.

The first edition of Monday Night Raw of 2021 will be a special Legends episode, with several names from years gone by making appearances. Hogan is one of those names and with good reason. At the same time though, these legends are not going to be around forever and at some point WWE is going to need to make some new legends to take their place. Hogan thinks he might have found the next star.

According to Metro.co.uk, Hogan took part in a media call to help promote the upcoming Raw Legends special and was asked who he felt would be the next breakout star in WWE. Hogan selected Riddle, who he feels is very smart and understands what needs to be done in wrestling. Hogan did say that Riddle’s timing is still a bit off but he is learning every week. This comes on the same day as news broke of Riddle re-signing with WWE.

Opinion: Now that is quite the endorsement and not something I would have expected. Hogan is a lot of things but I can’t really picture him being a Riddle fan. That being said, it is quite the thing to be said about Riddle, who could cut quite the hilarious promo with Hogan if given the chance. WWE certainly sees something in Riddle and if Hogan does as well, maybe there is something big there. 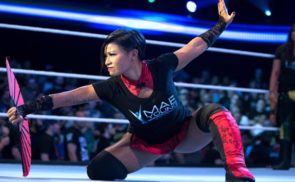 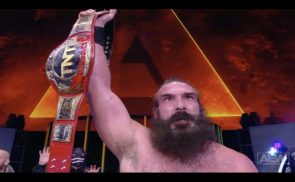 WATCH: AEW Getting Rid Of Championship Belt For A Good Reason