She can make it work. The WWE women’s division has come a long way in the last few years and that is the kind of change that has been almost entirely positive. The rise of the women’s division has come due to the strengths of its roster, with some of those wrestlers becoming some of the bigger stars in the company. One of them has been trying out a few different looks as of late.

One of the bigger stories of the year in WWE has been the issues between Bayley and Sasha Banks. After Bayley held the SmackDown Women’s Title for over a year, Banks finally defeated her to become the champion. She has gone on to hold the title for several months since, becoming an even bigger star in the process. Banks is a big deal in the women’s division, but now she is trying something a little different.

This is a new way to go. Check out what Banks has been doing with some wrestlers’ appearances:

In the latest edition of WWE India Now, Banks chooses some different looks for various wrestlers, including herself. Banks is given the choice to change five wrestlers’ appearances, be it by changing their hair color, adding tattoos to them or something similar. One of the wrestlers is AJ Styles, who gets to comment on Banks’ changes to him at the end of the episode.

Opinion: This isn’t exactly the most serious thing in the world but it’s nice for a little change of pace. Banks has one of the more unique looks on the roster today and she changed it up enough to make things feel different. Seeing her taste on display with other wrestlers is a fun little change and the kind of thing that can be nice during a bit of a lighter time of the year. 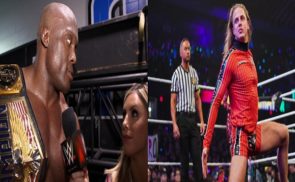 WWE May Be Running A Title Match Sooner Than Expected 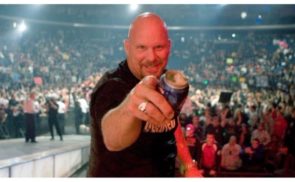