Well that was touching. The big wrestling story from over the weekend was the tragic death of Brodie Lee, who passed away at the age of 41 due to a lung issue. This was one of the more shocking moments you will see in wrestling as it came out of nowhere and sent a lot of people into quite the series of tributes to Lee. That was the case again with a surprise cameo on AEW Dynamite.

This week’s edition of AEW Dynamite was a celebration of Lee’s life, which is about all it could have been. Storylines were mostly set aside for the night so that people could talk about Lee and dedicate matches to him all night long. Lee’s Dark Order faction was included in every match on the card, but they had quite the surprise assist during one of the matches.

During a six man tag between the Inner Circle and Hangman Page/Alex Reynolds/John Silver, the Inner Circle’s Wardlow got involved despite not being in the match. This brought out Erick Redbeard (formerly Erick Rowan, Lee’s partner in the Bludgeon Brothers in WWE) to make the save. After the match was over, Redbeard held up a sign saying “Goodbye For Now My Brother, See You Down The Road.” There is no word on if this is a permanent signing or just a one off appearance.

Opinion: Well that’s about the most emotional thing I’ve seen in years and that’s all it was supposed to be. Redbeard was one of the biggest parts of Lee’s career and it was completely appropriate to have him show up here. I’m not sure if he is going to be sticking around, but at the same time it’s great to see him getting to do something like this, even if it isn’t under the best circumstances. 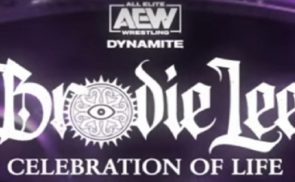 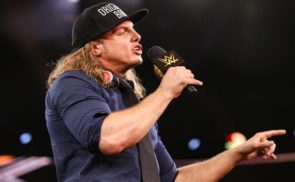