Not so fast. Stables have seen a major renaissance in the wrestling world over the last few months and they do not seem like they are going away anytime soon. They are such an easy concept as you can throw a bunch of people together for almost any reason. Some of them are a lot more famous or successful than other but that does not mean they need to be brought back.

One of the most successful stables going at the moment is MVP’s Hurt Business, which now consists of MVP, Bobby Lashley and 24/7 Champion Shelton Benjamin. The team has been quite the well put together group so far and they could even expand further in the future. That is going to be made a little bit easier now that a proposed change does not seem to be taking place.

According to Wrestling Observer Radio, the plans to turn the Hurt Business into a rebooted Nation of Domination have been scrapped. Vince McMahon had been considering changing from the current group to the classic Nation of Domination but was talked out of it over the current situations in the United States regarding race relations. While the idea may be revisited in the future, there will not be a reboot of the stable at the moment.

They both have merit. Check out the two teams in action:

Opinion: I’m rather relieved at this one as there is no reason to make the switch. The Hurt Business is doing just fine on its own and making the change would just put the focus on nostalgia rather than what is going on at the moment. Unless you have a great reason to make a change like this, it rarely comes off as the best possible option. Just go with what is working right now and work from there.

What do you think of the Hurt Business? What is your favorite stable? Let us know in the comments below. 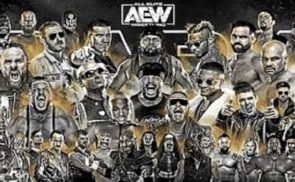