This might not be a good time. We are in the middle of the biggest pandemic the world has seen in a century and the wrestling industry is being hit hard. There are only so many people available to work on any given WWE event and having so few wrestlers available is making things all the more difficult. WWE has to pick and choose what they are doing, and that is going to be more difficult after this week.

During this week’s Monday Night Raw, Murphy took out Aleister Black’s eye at the instruction of Seth Rollins. This has been Rollins’ main method of dealing with his enemies and it already put Rey Mysterio on the shelf twice. That might not seem to be the best idea at the moment, but WWE is plowing ahead with the idea, and now we have an idea of what they are doing.

According to Wrestling Observer Radio, Black will be out of action for the time being with an injury angle. It is not clear how long Black will be missing television or when he might be returning to the ring. There is no news or rumor of a legitimate injury for Black and it seems that he is only being taken off of television for storyline reasons. Black’s most recent match came on the previous week’s Monday Night Raw when Rollins defeated him.

They’ll miss him. Check out how Black was taken out of action:

Opinion: I’m really not sure about this one as WWE doesn’t have the deepest talent pool at the moment. With so many people either busy or not at the shows due to health concerns, why would you have someone who could be a big name on the shelf if nothing is wrong? There was no other way for them to make Rollins and Murphy look good without taking Black off the show? That doesn’t make a ton of sense and doesn’t bode well for Black’s future either.

What do you think of Black? What should he do when he returns? Let us know in the comments below. 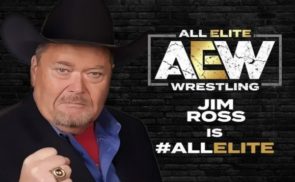