This is going to be a tough one as the show is all about Hana Kimura, who took her own life earlier this year. She was featured on several Ring of Honor shows including some fairly high level events, which means they have a lot to pick from here. I’m not sure how this one is going to go but it likely won’t be easy. Let’s get to it.

We get a quick bio of Kimura.

From the 16th Anniversary Show.

Deonna Purrazzo is on commentary. Kimura is from Stardom in Japan and one half of their Tag Team Champions with her partner Kagetsu, at ringside. Sumie’s offer of a handshake is ignored and Hana pounds her down to start. A whip sends Sakai outside and Kagetsu chokes away like a villain should.

Back in and Hana pounds away, followed by a surfboard with a few presses up and down. A half crab stays on Sakai’s back but she’s still able to counter a suplex into a DDT. Sakai gets two off a bridging belly to back, only to have Kagetsu grab her leg on top. Hana’s brainbuster is good for two but it’s time for some heel miscommunication. The team is sent into each other and Sakai dives onto both of them in a good visual. Back in and Hana hits a Helluva Kick for two but Sakai grabs something like Cross Rhodes for the pin at 7:59.

In the back, Hana sings about having the belt and Sumie isn’t sure about that.

Cheeseburger introduces our next match, from Best in the World 2018.

Kagetsu is the Stardom Champion and we get a staredown over the titles. Sakai wants to start for the team and gets kicked in the face by Kagetsu. Well that’ll teach her. Kimura comes in and wants Dashwood, meaning the brawl is on. Before that has a chance to go anywhere, it’s Klein coming in to throw Jenny around. Of course the fourth pairing comes in with Iwatani Sling Blading Hazuki.

The villains come in and triple team Sakai with three boots on her face at once, allowing Kimura to hold up the Oedo Tai (stable) sign. Sakai DDTs Klein and the hot tag brings in Dashwood to clean house, including a double Taste of Tenille in the corner.  A high crossbody gets two on Dashwood and Sakai comes back in with a missile dropkick. Everything breaks down again and Sakai gets a guillotine choke on Kimura. That’s muscled into a delayed suplex for two on Sakai but Kagetsu hits Kimura with the sign by mistake. Sumie dives onto a pile and hits a dragon suplex for the pin on Kimura at 10:27.

Mandy Leon talks about meeting Hana after working with her mother. They wrestled together in Japan and Hana was always smiling.

Mandy Leon is on commentary. Kagetsu gets double teamed to start and Iwatani hits a quick standing flip splash for two. Jenny gets sent outside and takes a suicide dive as we go to an early break. Back with Jenny getting crushed in the corner until a double clothesline bails her out. Mayu comes in with some dropkicks and a double springboard wristdrag. A double dropkick against the ropes has the villains in trouble and an even harder baseball slide dropkick nails Kimura for two.

The frog splash misses and Hana hits a hard suplex, allowing for the double tag. Rose gets two each off a northern lights suplex and a top rope clothesline but Kagetsu pulls her into a cross armbreaker. A rope is enough for the save so Kagetsu grabs the referee, allowing Hana to hit Jenny with the Oedo Tai sign. Kagetsu kicks her in the head for two and a double big boot is good for two. Instead a Samoan driver pins Rose at 9:57.

Clips of Kimura in New York City and how important it was to get to wrestle in Madison Square Garden.

From the G1 Supercard in Madison Square Garden.

Kagetsu and Hazuki do their Oedo Tai dance. It’s a brawl to start with Stella getting beaten up in the corner. Oedo Tai ties her in the ropes for a big triple pose before Sumie gets double drop toeholded down. A double backsplash makes it even worse and it’s off to Rose for a running corner clothesline. The spinning side slam gets two and it’s off to Hazuki to choke on the ropes.

Sakai avoids a splash though and grabs a neckbreaker, allowing the hot tag to Kimura. Some running furry rainbow boots to Hazuki’s face get two but Kimura’s suplex attempt is countered into a guillotine. That’s broken up with straight power into a suplex and it’s a triple submission onto Rose and company. With that broken up, Kimura gets kicked in the face by Kagetsu and it’s off to Rose for a slugout with Sakai.

A double suplex is countered into a double DDT and Sumie’s brainbuster gets two on Hazuki. Smash Mouth gets two with Jenny making the save and everything breaks down. Sumie dives onto her own partners by mistake and Oedo Tai hits their stereo suicide dives. Back in and Kagetsu hits a Samoan driver for two on Sakai. Hazuki is back in with a springboard missile dropkick though and Kagetsu adds a 450 to finish Sakai at 6:48.

Everyone talks about how sad it was to see Kimura pass away like she did. Everyone needs to be nicer to each other. 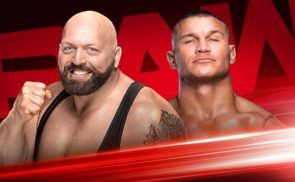