It was nice while it lasted. Just like any other company, WWE is going to have some people come and go over the years. That doesn’t mean they aren’t incredibly talented wrestlers, but sometimes there are situations that require them to go away or try something else. It can be sad to see them go, but in the long run it might be for the best. That seems to be the case again today.

Over the last few weeks, news has broken that Kairi Sane is likely on her way out of WWE. This comes less than a year after she married a man in Japan and reportedly wanted to go back to her home country and be with him instead of staying apart. That was a reasonable stance to take and WWE seemed ready to let her leave on good terms. Now that departure has taken place.

On Monday night, Sane confirmed her departure from the company via Twitter, thanking the fans and her fellow wrestlers for her time in the organization. During this week’s Monday Night Raw, Sane was attacked by Bayley during Asuka’s Raw Women’s Title defense against Sasha Banks. Asuka ran to the back to save Sane, costing her the title via countout. Sane debuted in WWE in 2016 and won the first Mae Young Classic, plus the NXT Women’s Title.

I was able to accomplish so much in the last three years, but it wasn’t because of my ability or my strength. It was because of all of the constant, warm support from the fans. I am so thankful I could meet you all.
Thank you from the bottom of my heart,
Kairi Sane???? pic.twitter.com/BaH2UBi9wn

My time in the NXT & WWE locker rooms was incredible. Everyone was kind, funny, & talented, so every day was full of happiness. Also, I was saved by the supportive staff behind the scenes. I will forever love & respect all these professionals I had the pleasure of working with.?

Sane did a lot in a short time. Check out her WWE run:

Opinion: This isn’t the biggest surprise and there is nothing wrong with that. Sane is going home to be with her husband. What in the world is wrong with making that decision? She is 31 years old and if for some reason she ever wants to come back to WWE, I have a feeling the door will be open for a return. Sane was quite good while she was around and any promotion that gets her in the future will be very happy.

What did you think of Sane’s time in WWE? Where will she wrestle next? Let us know in the comments below. 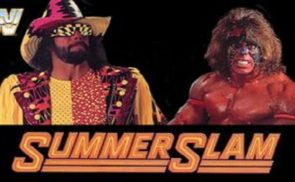 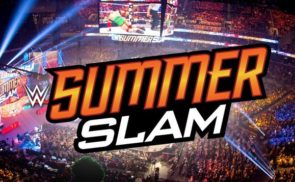 WWE May Take Summerslam Outside This Year