Keeping it going over the weekend. Last Friday’s SmackDown on FOX featured the first night of the 2019 WWE Draft. There was a large variety of talent available to be chosen by both Monday Night Raw and SmackDown, though not everyone was chosen on that night. While there is another pool of talent ready to be chosen on next week’s Monday Night Raw, there were several names left over to be chosen as free agents. Some of those wrestlers have done just that over the weekend.

WWE.com has announced eight new picks in the WWE Draft, with five picks going to SmackDown and three of them going to Monday Night Raw. As per the rules of the Draft, Monday Night Raw is to receive three picks for every two from SmackDown, though the balance is thrown off even more as a tag team was drafted to SmackDown. This was covered in the rules, as a tag team could be chosen as a unit unless one of the executives decided that they should be split up.

Here are the picks:

There was a lot going on during the first night of the Draft. Check out all of the results from SmackDown: 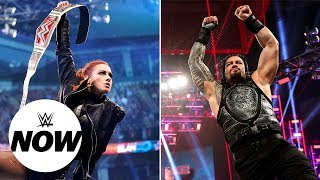 Opinion: These are the kinds of names you need on the two big shows. You can only have the bigger names facing off against each other so many times before it stops having any meaning whatsoever. Having a team like the B-Team should help a good bit for the sake of getting more teams together, even if that means putting a pair of wrestlers together for the first time. The whole thing should work out in the end, as long as the rosters are balanced enough and WWE actually sticks to the changes for once, which is hard to fathom.

Which roster is looking better so far? How do you see the second night of the Draft going? Let us know in the comments below. 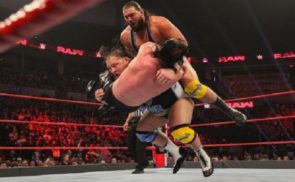