KB’s Review: The Cure For The Common Raw

The most common complaint that wrestling fans have anymore is how boring “Monday Night Raw” is due to the amount of nonsense they have to sit through in order to watch the stuff they want to see. I’m one of these fans as I’ve made my annoyance with the Bellas and other such nonsense very well known over the last few months. The story has dominated WWE TV lately and it’s very tiring to sit through.

However, there is another option out there that cuts all the frills off and gives you exactly what you want: good promos, over the top and entertaining characters and some of the most exciting in ring action you can see today. If you caught “Monday Night Raw” this week you got a taste of it: it’s NXT.

Tomorrow night on the WWE Network, NXT is airing “Takeover II”, the closest thing to a pay per view the promotion gets. “Takeover II” is the third live two hour special to air since the promotion debuted on the Network earlier this year. The first two, “Arrival” and “Takeover”, were as good a pair of wrestling shows as I’ve seen this year. NXT knows how to get wrestling done and if you haven’t seen them yet, maybe this can convince you to give them a chance. Let’s take a look at why “Takeover II” is going to work.

First of all, it’s going to be about the wrestling. There are five matches scheduled for the two hour show and almost all of them are going to get enough time to make them work. At “Takeover”, three matches broke fifteen minutes and nothing was shorter than five. “Arrival” saw two fifteen minute matches and a match of the year candidate with Cesaro vs. Sami Zayn.

This is where NXT shines: they focus on the in ring product and don’t worry about much else. NXT has a general manager (William Regal) but the boss is almost never there. Rather than being walked through every step of a show like you get on the top level, the NXT general manager only shows up once every few weeks. Other than that, you’ll only occasionally hear a commentator give him credit for making a match. In other words, you’re not treated like a child that has to have everything explained to you. Imagine that: a wrestling company treating you like an adult.

As for what you’re going to see tomorrow night, it’s a nice mix of different styles. First up there’s a grudge match between Bull Dempsey (an old school brute) and Mojo Rawley (let’s call him energetic). Dempsey turned on him during a tag team tournament and Rawley wants revenge. It’s a classic story and should work fine here.

Speaking of a tournament, the team of Kalisto and Sin Cara will be challenging the nearly year long Tag Team Title reign of the Ascension. If you miss teams like the Legion of Doom and Demolition, you’re going to love the Ascension. They’re two big, strong guys that like to beat on people and make it look easy in the process. This is power vs. speed and that’s something that is always going to work.

On the comedic end we have Sylvester LeFort vs. Enzo Amore (one of the most over the top guys you’ll ever see) in a hair vs. hair match. Sylvester shaved Enzo’s beard and Enzo isn’t cool with that. His response was to go to a Long Island beauty parlor and get some hair cream to remove LeFort’s locks. Any fan of Mid-South Wrestling should be having a flashback right now.

Back on the title side we have NXT Women’s Champion Charlotte (daughter of Ric Flair) defending against Bayley. To say Bayley is excited about being here is an understatement. Bayley is the biggest fangirl in the world and is so excited to be here that she can’t help but hug everyone she meets (more on this later). Charlotte has been talking about how she deserves to be here because of her lineage and Bayley is the fan that is so thrilled to be here. Again, it’s a basic idea but different from the rest of the show.

Finally we have the main event of a fatal four way for the NXT Championship. The Man That Gravity Forgot Adrian Neville is defending against WWE star Tyson Kidd, Prince Pretty Tyler Breeze (an over the top male model channeling “Zoolander”) and fan favorite Sami Zayn (formerly El Generico), who has been chasing the NXT Title for months now. These four have been tearing the house down against each other for a long time and this match has the potential to blow the roof off.

So look at that. You have five matches and none of the ideas are the same. There are no threats of lawsuits or having someone arrested and no one standing up to distract someone into a rollup. They’re different stories that work and will culminate in wrestling matches that are given time and allowed to pay off. That’s about as basic of a wrestling idea as you can get and it sounds great given what modern WWE is like.

We’ll finish with the blowing the roof off idea and talk about the crowd. NXT audiences are among some of the most fun and creative fans you’ll ever see. Remember Bayley liking to hug people? The fans fill her matches with “BAYLEY’S GONNA HUG YOU!” Have two unnamed jobbers getting crushed by Ascension? “LET’S GO THESE GUYS!” When the male model Tyler Breeze (“NOT IN THE FACE!”) is scared of Sami Zayn (“OLE!”) hitting him in the face, the fans admit their split loyalties: “WE’RE SO CONFUSED!” It may not sound like much but it adds so much to a show when the fans are clearly having a great time.

“Takeover II” is going to be as fun a two hours of wrestling as you’re going to get anywhere else. They take it back to the old school style of building shows week to week and having a major blowoff like this to make it all worth the effort. There’s no nonsense, there’s no GM there every five minutes, and there’s no Jerry Springer telling you to care about the Bella Twins because they’re suddenly the most important thing in the world. NXT has been my favorite wrestling show for well over a year now and this is one of the treats I get as a result. This is the cure for your woes as a wrestling fan and I can’t recommend it highly enough. 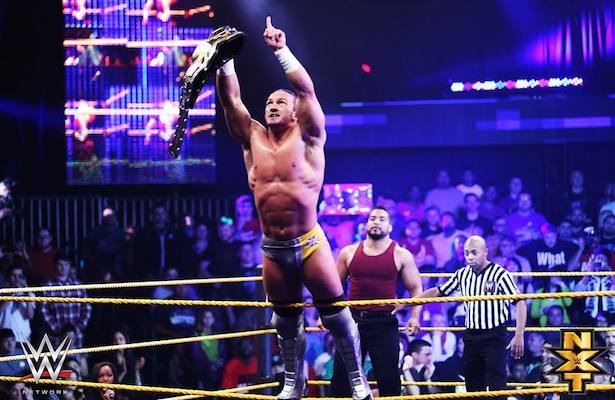 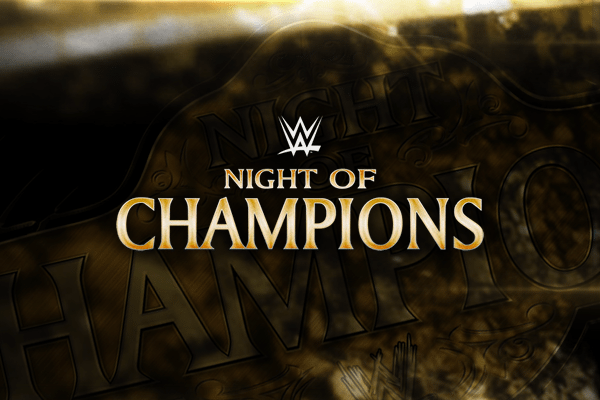