So, it’s been awhile since I have written my weekly article for Wrestling Rumors. Been dealing with some personal matters, but I am back now! I’ve been thinking of what I wanted to write about, it had to be something good, something different then just talking about the current storylines in the WWE. I was struggling to come up with a topic, and the Joe Rogan opened his mouth about wrestling. Below is a quote of what Rogan recently said when comparing MMA to professional wrestling.

“One of them is real. One of them is people battling for their lives in the most difficult content in all of sports. The other is some weird, ****** jerk-off thing where strange guys sit in front of the TV and pretend they don’t know its fake. You don’t want to know. You shut that part of your brain off.”

Now, let me begin by stating I know pretty much nothing about Mixed Martial Arts (MMA). I respect the hell out of what those athletes do, but it’s just something I never got in to, more of a team sports kind of guy. Let me also say, that I respect Joe Rogan alot. He’s built a very nice career for himself, and from all accounts is very knowledgeable about the UFC and MMA as a whole. With that said, who do you think you are? You think you know who we, wrestling fans, are? Obviously, you have absolutely no idea what you are talking about. I’m not a MMA expert, and some will argue I’m not a pro wrestling expert either, so I will not comment on anything MMA related. That’s what an intelligent person does Joe, if I don’t know about it I don’t pretend to act like I do, because if I do, I come across as a moron.

First off, are we still having this fake, not fake argument? Sure, some kids may think it’s real, but they also believe in the Tooth Fairy and Santa Claus. I have never come across a wrestling fan who thinks wrestling is remotely real. We all know it is scripted. It’s like any other television show, except these “actors” are putting their body on the lines and going out each and every week and entertaining in front of a live audience. I’m sure nothing about the UFC is scripted, Joe. I’m sure all the drama created before fights in 100% genuine. I’m sure “The Ultimate Fighter” is the one reality show that’s not scripted at all, oh I’m sure that’s the case. Really? How out of date is your view on professional wrestling?

Let’s be honest, there is no comparison between MMA and pro wrestling. One is fact, one is fiction. One is real, one is scripted. One is sport, one is a television show. I honestly do not think anyone believes MMA and pro wrestling are one in the same. However, do not try and diminish what professional wrestlers do. The amount of stress and pain they put themselves through every day is unlike anything else. Not mention the top draw ever in the UFC was Brock Lesnar, who initially rose to fame in the WWE. Also guys like Batista, Bobby Lashley, Ken Shamrock, King Mo, Rampage Jackson, and Tito Ortiz have all done MMA and professional wrestling. Clearly pro wrestlers are not a group of weak wussies, they are real athletes, they just chose a different path.

I’ll be honest, when i read Joe Rogan’s comments I got pretty fired up, clearly. However, I think his views and opinions are shared by the vast majority of people. There is definitely still a perception that wrestling fans are uneducated, red necks. Are some pro wrestling fans like that? Of course, but you can say that about pretty much any fan base of anything. However, for some reason that’s how all wrestling fans are perceived to be. When I tell people I’m a wrestling fan they are usually shocked. They say things like, “I never would have expected that.” Some of you are aware that I am the founder of a wrestling editorial site, “Wrestling Opinion”. With my website, I have two other writers, Jason Old and Kris White. Both of these man are life long wrestling fans and are incredibly intelligent, college educated men. This notion that wrestling fans are dumb is outdated. For my site, I live tweet every Monday during “Raw”. I interact with our followers, and believe me, some are quite dumb, but numerous others are intelligent and come up with thought provoking ideas.

I have often been critical of wrestling fans, the Internet Wrestling Community in particular, in the past. Often times wrestling fans are some of the most angry, pessimistic people I have ever come across. However, one thing that you can not question is the passion and loyalty they display to professional wrestling. Where a UFC fan may not buy a pay per view because it has a lack luster card, a wrestling fan will still buy an event they know will be lackluster (yes I know things have changed with the WWE Network launch). We may be angry, vocal, pessimistic, and some times irrational, but we are loyal, and if you don’t understand that then keep your damn mouth shut.

I know there are people who will just never understand professional wrestling. Just like I will never understand how people watch those “Real Housewives” of whatever city they are currently in shows. Everyone has their likes and dislikes, but I’m not going to bash an entire fan base of something I do not know. Clearly, Joe Rogan is tired of people comparing MMA and professional wrestling, and I get that. The comparisons are just idiotic really. They are two completely different worlds. However, it’s not the wrestling fans that are making these comparisons. Heck, they aren’t even MMA fans. It’s people that are fans of neither. So before you go bashing on wrestling fans, get your facts right and understand we aren’t the enemy, Mr. Rogan, but if you keep making comments like that, the IWC can be your worst nightmare.

Joe Rogan, you have been Burned! 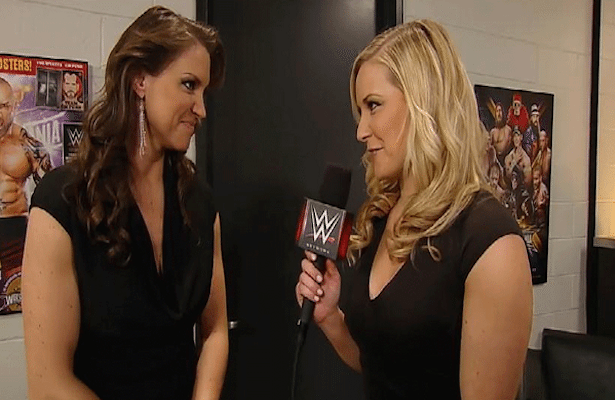