KB’s Review: It Had To Happen Eventually

To say this week’s episode of “Monday Night Raw” wasn’t well received is an understatement. The wrestling was ok at best, Bray Wyatt was treated like a crash test dummy for John Cena to destroy and a lot of the ideas seemed repetitive. Above all else though, we had to sit through three major in ring segments to eat up long stretches of the show. This is where the show lost me and the proof of this problem was shown on this week’s episode of “Impact Wrestling.”

I watched the latest episode of “Impact Wrestling” earlier tonight and saw a lot of the same problems they’ve been having getting on my nerves all over again. Tommy Dreamer was given a match against TNA World Heavyweight Champion Bobby Lashley and was even in control of the match for a little while. Later on another ECW alumnus Rhino was featured in a match, and two more wrestled in the main event. However, that match is one of the reasons the show won me over.

In addition to the fantastic main event between TNA World Tag Team Champions the Wolves, Team 3D and the Hardys, the repackaged Sanada defeated his biggest rival Austin Aries in another good match. These two matches, combined with a very entertaining six man X-Division tag team match gave us one of the best slates of wrestling action that I’ve seen on “Impact Wrestling” in a very long time.

The show worked for one simple reason: they let the wrestling dominate the show and didn’t have a bunch of nonsense going on to distract from the in ring action. This episode was about exciting the crowd and making sure the fans were as entertained as possible. It dropped most of the storylines and let things work themselves out in the ring, which is the point of watching a wrestling show.

All three of the major matches were designed to be as fast paced and energetic as possible and the idea paid off. The show was one of the more entertaining two hour periods of wrestling I’ve seen in a few weeks and it made me forget, at least for awhile, how bad things were on “Monday Night Raw” earlier this week.

There were no segments with the Bella Twins yelling at each other over whatever catty insults they’ve thrown at each other or what their significant other looks like. There was no Hall of Fame forum with legends rambling and talking over each other about how Cena has no chance in his rematch at “Night of Champions 2014.” I didn’t have to sit through Cena coming out and talking about how seriously he was going to be taking this match and bring the fight to Brock Lesnar. “Impact Wrestling” didn’t have Seth Rollins and Kane eulogizing Dean Ambrose for a long stretch before finally getting to the point.

For the first time in a long time, “Impact Wrestling” felt like more of a wrestling show than “Monday Night Raw.” The Monday show had its share of wrestling, but it felt like it was there to fill in time between the big in ring segments. That makes for a very long three hours to sit through and it isn’t something I enjoy doing on my Monday nights. I don’t think it’s going to last, but “Impact Wrestling” was far closer to what I want when I watch a wrestling show.

What it boils down to is very simple: at the end of the day, most of us watch a professional wrestling show for wrestling at least on some level. Yes the stories are more entertaining a lot of the time. Yes the drama tends to dominate the show. Yes people pay to see the stories resolved through the matches, but the wrestling is still the key to the industry as a whole. Without a good string of matches, the show turns into a drama without the acting abilities.

The main characters on a wrestling show aren’t there because they’re actors. They’re in their spots because they can get in a wrestling ring and perform at a level higher than almost anyone else in the world. Two people go into a ring and are able to tell us a story while performing athletic stunts and showing emotions at the same time. When this is done right, it’s the most impressive form of entertainment in the world and it works best when the wrestlers are allowed to do their jobs. 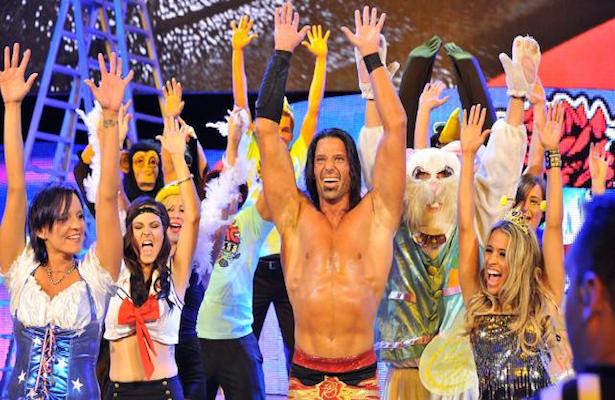 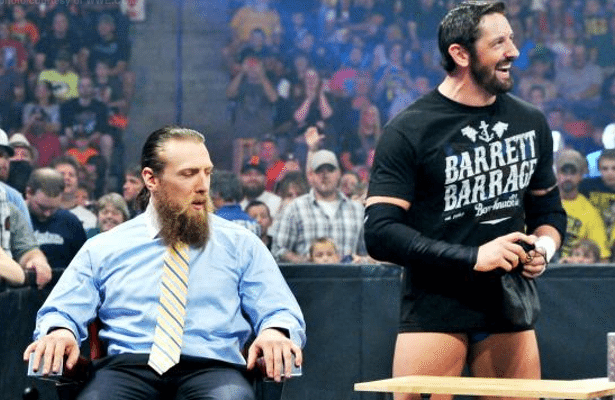