The Finale: Why This Week’s Monday Night Raw Was The Last Of Its Kind

Call it a leftover? The biggest wrestling story in quite a log time took place last week as Vince McMahon retired from WWE after forty plus years running the company. That is going to be one of those shakeups that will have repercussions for years to come and the question now is to find out where things are going from here. There are some things that still needed to be updated and that was the case this week.

According to Wrestling Observer Radio, this week’s edition of Monday Night Raw was mostly written before McMahon retired and was not a reflection of the new direction of the show. Most of the show was written by Thursday, with McMahon leaving on Friday. There were a few minor changes made, though it is not clear what they were. It is likely that this week’s SmackDown was written following McMahon’s departure.

Opinion: I don’t think this is much of a surprise as there was little room to make a bunch of changes after McMahon left the company. Let them have the time to set things up and see what changes can be made. Summerslam is likely the big show where things can be updated, though I’m curious to see how fast they can make such major changes. Hopefully WWE does figure it out though because some adjustments need to be made.

What do you think of the new version of WWE? What changes should be made? Let us know in the comments below. 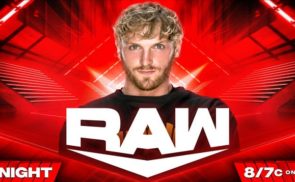 Cover Up: Why Monday Night Raw Opened With A Brawl Already In Progress