Two Of A Kind? Rather Odd Pairing Makes Debut At NXT Live Event

What a twosome. With so many wrestlers around WWE, both on the main roster and in NXT, it can be difficult to find something for everyone to do. There are a lot of people who have nothing to do and are waiting on the sidelines for whatever opening they can have. That is the case with a former main roster star, who might have found something new to do in NXT.

Over the last few weeks, Cora Jade has turned on former partner and friend Roxanne Perez, turning heel in the process. This includes Jade vacating her half of the NXT Women’s Tag Team Titles, leaving Perez as a sole champion. NXT held a live event over the weekend in Cocoa, Florida with Jade appearing next to Commander Azeez, seemingly as her new bodyguard. Azeez has not been seen on NXT TV since he was sent down to the roster along with Apollo Crews. There is no word on if this will be a permanent move or just a tryout at a live event.

Opinion: This is one of those things that I miss about NXT live events: you get to see random pairings and one of them might be the next thing that you see on TV sooner than later. It is very much a sandbox where you can see how something might work, which is what NXT has been lacking. Until the return to live events, NXT has been nothing but a television show and that is only going to be able to get you so far.

What do you think of the pairing? How would it work on NXT TV? Let us know in the comments below. 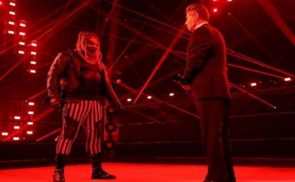