He seems to be a fan. There are certain wrestlers who catch your attention no matter what they do. It might be something as simple as they way they move or the way they speak, but sometimes you can see it in their eyes. That is the case with a certain former WWE Champion, and now he has done something that might get some people wondering what he is doing next.

Former WWE Champion Bray Wyatt has updated his Twitter biography to include a quote from Vince McMahon. The quote says “Begin again kid, it’s what you do.” There is nothing to indicate what Wyatt means, though the quote was included the day before McMahon officially retired from WWE. Wyatt has been out of wrestling since being released from WWE on July 31, 2021.

Opinion: That is one of those things that is going to have some people asking what Wyatt is going to do next, but then the next day happened and it got all the more interesting. Wyatt was let go from WWE, reportedly due to issues with McMahon. Now that McMahon is gone, it could be interesting to see if his idea of returning to WWE changes either. Wyatt is a very talented star, but he can only do so much in wrestling without actually being involved.

What do you think of Wyatt’s change? Where do you see him wrestling next? Let us know in the comments below. 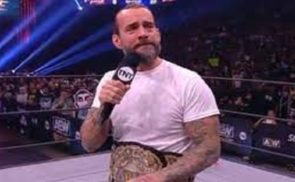