That’s not where I would have expected it. Despite the Coronavirus, WWE has been plugging along with its usual schedule, including television tapings as well as pay per views. Since there are no fans in the building, some of the matches have not been quite the same though, leaving WWE with a chance to try something new. That will be on display again, but not in the place you may have guessed.

Over the last month plus, WWE has run a fairly controversial story, mainly centered around Jeff Hardy’s substance abuse issues. This is hardly the easiest topic in the world to focus on, but WWE has gone with it for several weeks now. Sheamus has talked down to Hardy over his issues, with Hardy fighting back against the bullying. Now they have a special match planned, though at a surprise time.

It’s in the details. Check out how the Bar Fight was set up:

Opinion: This seems like something that feels like it belongs on the same list as Big Show vs. Randy Orton’s unsanctioned match: a special match designed to draw in a larger audience. That isn’t a bad idea, but Extreme Rules would seem like a much more logical place. That being said, nothing about the last few months has been normal so I’m not sure why we should start now.

Have you liked the feud? How do you see the match going? Let us know in the comments below. 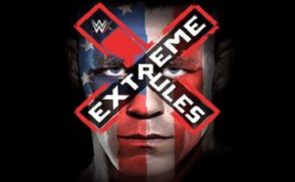