WATCH: The Undertaker vs. Brock Lesnar From No Mercy 2003

How far they have come. WWE has posted a new video to its YouTube channel in which they show the full Biker Chain match for the WWE Championship between The Undertaker and Brock Lesnar from No Mercy 2003.

The main event was a Biker Chain match for the WWE Championship between Brock Lesnar and The Undertaker. During the match, a chain was hung on a pole above the ring, and once it was retrieved it could be used as a legal weapon. After enduring a series of punches from Lesnar, Undertaker attempted to take the chain down, but the lights in the arena went out and he climbed back down to the ring. Taker then executed a piledriver on Lesnar onto the ring steps. Taker put Lesnar in a dragon sleeper. After getting out of the hold, Lesnar executed a F-5 to Taker. Lesnar made an attempt to go for the chain, but Taker performed a chokeslam off the top rope. Following this, The Full Blooded Italians interfered in the match, trying to attack Taker. Taker threw them out of the ring and did a suicide dive onto them after performing a Last Ride on Lesnar. He then retrieved the chain off the pole and wrapped it around it his fist, planning to strike Lesnar with it. Vince McMahon interfered and pushed Taker off the top rope. Lesnar then hit The Undertaker with the biker chain and pinned Taker to retain the title.

Isn’t it crazy to think how far these two legends have come over the last 20 years? They were amazing then and they are amazing today.

What did you think of the Biker Chain match for the WWE Championship between The Undertaker and Brock Lesnar from No Mercy 2003? Leave us a comment below, or post a comment on our Facebook page! Also, be sure to sign up for our newsletter! 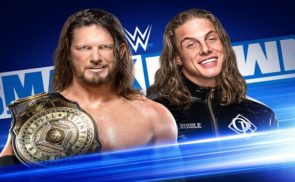