That’s never good to hear. The Coronavirus has changed the look of the wrestling world for good and that is a scary thought to see for a lot of people. With so many promotions not being able to run live events, some of the smaller wrestling companies are in bad shape. That seems to be moving up the ladder slowly but surely and now another promotion’s future is looking bleak.

Last year, the NWA had a major renaissance with the rise of Powerrr, which turned into one of the more well received wrestling shows every single week. That isn’t something that a lot of fans would have bet on seeing and yet the comeback was on. As NWA World Champion Nick Aldis put it, they went from a punchline to a powerhouse. Things have been going downhill though and it isn’t looking great.

According to Fightful Select, the NWA currently has no plans moving forward and it is not clear if the promotion will be returning in the future. The promotion has not run any events since March due to the Coronavirus and since then, NWA Vice President Dave Lagana left the promotion over SpeakOut allegations. However, NWA President Billy Corgan has said via Twitter that there are no plans to shut the promotion down and that it is not for sale. Corgan says that he appreciates the interest, but not the unsourced rumors.

Quick note about the @nwa pic.twitter.com/CDzw6B3XmC

The NWA has done some interesting stuff since Powerrr stopped airing. Check out some of their better moments:

Opinion: I’m curious about this one, as the NWA is a very small promotion in the grand scheme of things, but Corgan seems interested in keeping it going. The interesting thing about it is they don’t need a ton of infrastructure to make it work. If they can find someone to replace Lagana, all they need is a ring, some technical equipment and a small studio. That can be done in a hurry, though I’m not sure if that’s what they’re going to do.

Do you think the NWA will continue? Who will stick with the promotion? Let us know in the comments below. 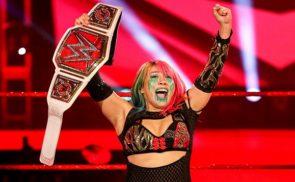 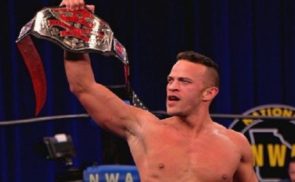 How Much Money The NWA Was Offering Talents To Re-Sign