The Great One speaks. There may never be a bigger star to come out of wrestling than the Rock. Ok so there’s no “may” to it. After spending several years in the wrestling business, the Rock moved on to conquer Hollywood and become the biggest movie star in the world. That is impressive enough on its own, but to have him still come back and do some things with wrestling makes it even better. That was the case on Tuesday, at least in a way.

NXT has become one of the most prominent wrestling promotions in the world. Over the last several years, it has gone from little more than a show that provided filler content on WWE.com to the most consistently praised WWE television show. That is no small feat and a lot of the praise is due to the roster. One of the biggest stars in NXT history caught the Rock’s attention on Tuesday and a Hollywood celebrity was brought up.

On Tuesday, Johnny Gargano sent the Rock a tweet showing a picture of himself and his wife Candice LeRae in Project Rock workout gear. The photo also included a shot of their dog, with Gargano asking if the line came in puppy size. Rock responded saying it didn’t, but it did come in Kevin Hart size, which may fit. Rock and Hart, who stands 5’4, have starred in several films together, with Rock saying he was going to get a text from Hart about the message as soon as Hart saw it.

We do not.
But we do make Kevin Hart size, so that may fit. (I’m gonna get the FU text from him when he sees this?)
Enjoy the gear. @ProjectRock ?? https://t.co/iTvDdZ7IQs

Do they make @ProjectRock gear for puppies? Someone feels left out.. pic.twitter.com/e1aWPaJRDk

You might know these Harts a bit better. Check out some of the Rock, Gargano, and the Hart Family:

Opinion: This is the kind of thing that I like to see from Rock, who certainly doesn’t seem to have any kind of issue with looking back at his wrestling career. Some people seem to be disappointed by it or embarrassed over it, but Rock embraces it and seems to realize that he probably isn’t where he is today without wrestling. That is quite the nice change of pace and hopefully any other wrestlers who become mainstream stars follow his example.

What is your favorite Rock match? When will Gargano come up to the main roster? Let us know in the comments below. 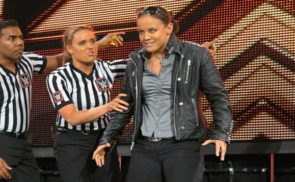 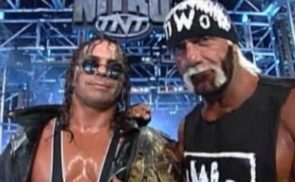