Just like in any other sport or field of almost any kind, there are names who keep popping up over and over when you look at the best in the business. It comes with the territory: some people are flat out better at so many aspects of what they do that they make it to the top time after time. Wrestling is the exact same way, as you can’t escape some names that seem to show up so often. We are currently seeing (another) renaissance of one of those names and, as usual, it is pretty strongly justified.

Over the last few months, Monday Night Raw has been quite a few things. Feel free to choose any two from the following list: horrible, dreadful, a complete nightmare, the preferred method of torture in 48 countries, worse than a bad case of the mumps, rotten and/or as valuable as your Aunt Myrtle’s shoestring collection. It’s been horrible, though somehow there has been a diamond in the rough, and it is a diamond that has shined very brightly for a long time now.

That diamond would of course be Randy Orton, who has gotten back to the top of the Monday Night Raw roster, and is likely heading on to Summerslam to challenge Drew McIntyre for the WWE Title. More often than not, the feedback to Orton’s recent time near the top of the show has been rather positive and that’s what we’re looking at today. Orton is up there at the top for one very good reason: he’s really, really good at this professional wrestling thing.

He started in a big way:

The line that John Bradshaw Layfield would use about Orton was “if you built a wrestler from the ground up, it would look like Randy Orton.” Yes it sounds a little cliched but that doesn’t mean it’s inaccurate. Orton is tall, has a good look, is well put together, has the eyes that make him look just insane enough to be a threat and has mastered the slow walk that you need to feel threatening. In short, Orton looks like a professional wrestler and that’s a great place to start.

In addition to that, you have all of the important parts once the bell rings. Orton can wrestle a good match against almost anyone because he has that universal style. On top of that you have the natural talent that few can offer. Even John Cena has said that Orton is better is the better of the two of them in the ring as Orton can make a match look like one long, fluid motion. Only a handful of wrestlers in history can say that and Orton can make it look easy.

Then there are the slightly less important but probably more noticeable factors: the iconic stuff. Orton has a theme song that starts with a great hook and has been associated with him for over ten years now, plus an awesome finisher that he can hit on anyone. The RKOOUTTANOWHERE is a famous meme for that very reason and since he can hit it anywhere at anytime on anyone, there aren’t many better finishers in wrestling. As long as Orton can jump and grab someone’s head, he can hit the RKO, which usually wraps up a match (notice the gasps on the rare occasions that someone actually kicks out of it.).

That’s the Reader’s Digest version of what works so well about Orton, but if you have watched WWE for any significant length of time over the last eighteen years or so, you should already know what. Orton arrived in WWE back in 2002 and it is no surprise that he received the kind of recognition that was placed on him. No he wasn’t ready for a lot of it and he absolutely had some maturity issues, but the raw, natural talent was there the entire way and there is a reason that he has been pushed to the moon for so many years since his early days.

Over the years, Orton has been one of the few constants in WWE. There were few things that you could depend on more than Orton’s career trajectory: he would get lazy and start doing the same thing over and over, then he would get motivated and start hitting the RKO with the kind of emphasis that only he has, then he would get so good at being bad that he would be turned face again, then he would eventually turn heel and the cycle would start all over again.

That would be the case year after year, and yet once Orton got back to actually putting in the effort again, no one was complaining because he really was that good at everything he did. We’re reaching the high point again at the moment as Orton, with Ric Flair by his side (again), is blowing away almost everyone and everything in WWE at the moment. He’s one of the few things worth seeing in the company at the moment and I’ve lost track of the amount of times that has been the case.

What might make it all the more amazing is how Orton seems capable of turning this greatness on and off at the drop of a hat. You can tell when Orton is trying and when he isn’t and that trying seemingly comes and goes at a whim. That makes Orton an incredibly valuable person to have on the roster, but it can also make him that much more frustrating. The skill and talent is right there, but what happens if he isn’t interested in turning it on that day?

I’m really not sure if there’s an answer to how you make him like this all of the time, but at 40 years old, he seems to have figured out the right balance of trying and not trying to make him a legend. While it’s almost scary to think how good he could have been had he put in that much effort all of the time, I think we can certainly live with what we have gotten out of him all of these years.

That brings us to now, as Orton is once again the best thing going in WWE. Yes it’s something that we’ve seen several times before and yes it’s the Legend Killer all over again and yes he’s probably going to RKO/Punt Ric Flair into oblivion, but that doesn’t make it any less fun to watch. Orton does a lot of the same things over and over again but that is the case for a reason: the formula he uses works and he is the right kind of person to pull the whole thing off.

And on the big stage too:

Right now, it looks like the road is leading up to Summerslam, where there is a very real chance that Orton wins the World Title for the fourteenth time. The idea of McIntyre losing it only about four and a half months after winning it in the first place sounds a little far fetched, but would one big RKO for the pin and the title be all that surprising?

Orton is the kind of guy who could pull something like that off and that makes the Summerslam match all the more exciting. He has reached the point where every time he is in the ring with the title on the line, there is at least a chance that he could pull off the win and add another World Title to his already very long list. The RKO is the perfect finisher for something like that and WWE knows how to milk that threat.

In short, Orton is an outstanding wrestler and one of the most valuable things that WWE has going for it today. He has been around so long and has been so successful because he has earned this spot. While the moniker of “Greatest Wrestler of all Time” may not be applicable, I think he can settle for “Best in the World”, which has been true for a long time. 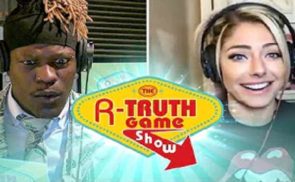 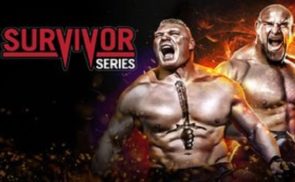