The kind of person you need. We are about two and a half weeks away from the Royal Rumble and that means things are going to start getting more interesting in a hurry. Everyone is going to want to have a chance to headline WrestleMania 37 and this is as quick of a way as possible. There are several names already involved and now another big name is included.

A good balance is key to the Royal Rumble, as you will have a mixture of wrestlers who are favorites, lower level names and wrestlers who could be a threat but aren’t the mostly likely to win. That can be hard to accomplish, but this time around WWE seems to be on the right track. The last group may be the hardest to put together, but now we have another name added to the list.

WWE has announced via Twitter that the Miz, the current Mr. Money in the Bank, will be in the 2021 Royal Rumble. This will be the twelfth time that Miz has entered the match. Miz marks the sixth of thirty entries into the match, which is scheduled to take place on January 31. It is not clear how many of the remaining twenty four names will be announced in advance of the match.

Opinion: I know the Miz might not be the odds on favorite to win the match but he is the kind of name that you have to make note of at some point. It would be nice to see him have a bit of a run as the briefcase alone makes him more of a player, but a quick elimination would not surprise me. Miz is someone who has a good bit of history in WWE, though I’m not sure how much good it is going to do him here. 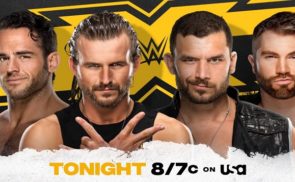