WWE And AEW Wrestlers Go At It On Twitter

The line has been crossed. The rise of AEW has changed the way the wrestling world works and that is a good thing. After so many years of WWE being the lone super power in the industry, there is another well funded promotion on a major network and now we are seeing AEW making some strides towards WWE. The wrestlers are even getting in a few shots at each other, which was on display this week.

With so many wrestlers around today, there are only so many wrestling moves to go around. At some point you are going to see someone do the same thing as someone else and there is nothing wrong with that. On rare occasions though, some wrestlers do not take kindly to it, which is what happened this week as a WWE and AEW wrestler got into it, with another chiming in.

During this week’s Monday Night Raw, T-Bar defeated Xavier Woods with Eyes Wide Shut, formerly known as Feast Your Eyes. Later in the night, T-Bar took to Twitter, in a since deleted tweet, and accused AEW’s Sammy Guevara of stealing the move years ago while the two were working together. T-Bar said he would steal something from Guevara, but that would just be doing one of Ricochet’s moves.

Guevara responded, saying that T-Bar took the move from a wrestler named Matt Demorest, with Guevara using it to give Demorest some attention. Dax Harwood responded as well, calling T-Bar an idiot who was lucky to be in the business. In another since deleted tweet, T-Bar responded to Harwood, saying that he never understood why Harwood disliked him despite T-Bar being nice to him.

Someone tell T-Bag the move actually belongs to Matt Demorest (the guy he stole it from) & I’m just trying to get the move to be seen since you know he’s never on TV.

Also while you are sitting doing nothing in catering on Monday check out the newest vlog https://t.co/WvS8VDfZRu

“Stole MY finisher”. MY FINISHER?! ? The guy is an idiot. He’s lucky to even be in the business.

At least it’s a cool move. Check out what set this off: 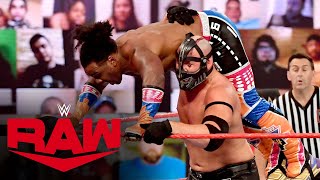 Opinion: This didn’t exactly come off well for T-Bar, as Guevara’s response summed up the situation perfectly: there are very few original moves in all of wrestling as someone is always copying someone else. There is nothing wrong with that as eventually you are just going to run out of things to do to each other. T-Bar has dropped it, but this wasn’t his best moment. 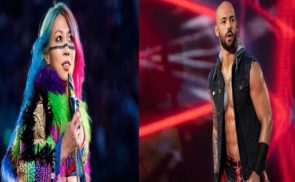 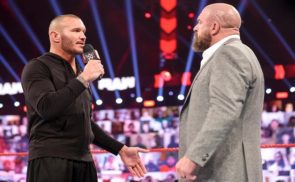