If you would like to check out this show for free, you can see it in full right here:

This is a bit of a special edition as the show was uploaded on Friday instead of the usual Tuesday due to Revolution on Saturday. Odds are it is going to be the same kind of show as we always see and I’m not sure what that is going to mean. It’s all going to depend on the wrestling, which tends to be the case more often than not. Let’s get to it.

Luther goes straight at him with the chops on the ropes, followed by a kick to the face. Choking with the jacket ensues and Luther hits him with the bell…which isn’t a DQ. Luther gets some near falls off some suplexes but Sonny kicks him in the face. A cartwheel kick to the ribs in the corner has Luther in more trouble but he powerbombs Sonny down. Luther grabs a camel clutch and pulls at Sonny’s eyes and mouth for the tap at 5:13.

Tony and Dasha are excited for Revolution.

Before the match, Leva Bates tells Avalon to stop insulting every town they come to and hands him a book called “Don’t Be A D***.” Nakazawa loads up the baby oil but Avalon says no because he doesn’t want comedy. Avalon tags himself in and immediately slips on the oil as we’re in comedy land. Nakazawa comes back in and gets beaten up in the corner but uses more oil to escape a suplex. That’s enough for Avalon though as he walks out, leaving Nakazawa to take the Fatality for the pin at 2:56.

Video on Cody vs. MJF.

Here’s where AEW is coming.

Alize was on Impact this week. Baker takes her down by the arm to start but it’s way too early for Lockjaw. Alize can’t escape so it’s a forearm to the face. The chinlock doesn’t last long and Baker chokes away in the corner, followed by a kick to the jaw. A fisherman’s neckbreaker and the reverse Sling Blade set up the Lockjaw to finish Alize at 5:13.

Hold on though as Private Party needs to throw their beads into the crowd. Cutler and Kassidy start things off and they take turns missing each other. Quen misses a running enziguri and all three try dropkicks for another standoff. Spears comes in for a chop but gets pulled into the corner so Quen can sunset flip Kassidy into a moonsault press for two.

It’s back to Cutler, who springboards in with a forearm to Kassidy so Spears can hammer away in the corner. The spinebuster plants Kassidy and Spears drops him onto the apron for a bonus. A legdrop gives Cutler two but Kassidy is back with an enziguri, allowing the hot tag to Quen. The sitout bulldog/faceplant combination puts Spears/Cutler down, meaning Spears is ready to leave. Gin and Juice finishes Cutler at 9:24.

New Matches, Including A Title Match, Set For Elimination Chamber 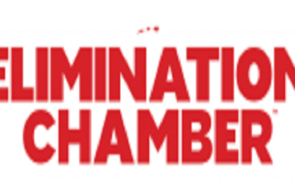