But will they pay attention? There is no secret to the fact that the WWE is not in the same place that they were in before. The viewership for Monday Night Raw and SmackDown have both been steadily declining and the company’s stock took a nasty hit a few weeks ago on their latest quarterly earnings report. It is clear that things are not quite great, but why is that the case? WWE wants to find out.

You could ask half a dozen fans what was wrong about WWE and get a dozen answers, which makes this all the more interesting. With so many possible (and likely right) answers out there, it can be a heck of a discussion about what WWE is doing wrong and what they need to do to make things right. WWE certainly seems interested in these answers and they’re asking the fans about it.

According to Ringsidenews.com, the WWE Fan Council has sent out a survey asking when former WWE fans quit watching WWE programming. The survey asks both when fans last kept up with the three main WWE television shows, as well as their overall interest in all of those shows. WWE sends out surveys like this periodically, though it is not clear how much value they put in the results.

Maybe it could help with something like this. Check out the people having the power:

Opinion: I’m not sure how much WWE is actually going to care about something like this, but it does help that they at least know something is going on. At the end of the day, the numbers don’t lie and there is little reason to believe that WWE is in the same place that it was only a few years ago. Things have been going downhill for a good while now and maybe WWE can still do something to stop it.

Have you given up on WWE programming? Will WWE care about the results? Let us know in the comments below. 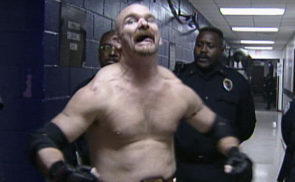