He managed to get out. Wrestling is a unique business as most wrestlers are not going to wrestle until the time when most people are ready to retire. A lot of the time they are going to get out of the business far earlier than most and that can make things a little bit strange for them down the line. Some of them get out when they want to though and that can make for some nice moments, such as what happened last week.

A lot of wrestlers have come and gone over the years. Some of them might have had more success than others, but there are a lot of them who have made an impact in one way or another. Now some of these impacts might not have been the most positive, but at least they are remembered for something. One such wrestler got in the ring for the final time after a memorable career.

On Friday night, Duane Gill, better known as Gillberg, wrestled his retirement match at an Adrenaline Championship Wrestling event in Glen Burnie, Maryland. James Ellsworth tweeted out that he wrestled Gillberg in his final match, marking the end of Gillberg’s career. Gillberg, 60 years old, began his in-ring career in 1990 but has only wrestled sporadically since 2010.

Last night I wrestled Gillberg in his last match @ACW_Pro

He’ll still be doing appearances, just not having actual matches

He’s a one of a kind great person who’s always been great to me pic.twitter.com/rKq9gBRe9R

It was a cool moment. Check out a clip of the ending, plus some of Gillberg’s earlier days:

Opinion: It’s nice to see Gillberg get to go out in a moment like this, as there was a decent crowd for the match. I know he wasn’t the biggest star in the world or anything but he was a fun character and someone who made the most out of a single joke. That’s rather impressive, especially when you consider how well things went for him in the ring most of the time. Well done and I hope he enjoys retirement.

Did you like the Goldberg gimmick? Who is your favorite parody wrestler? Let us know in the comments below. 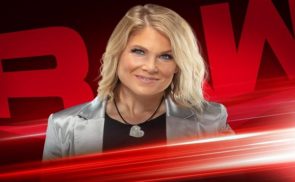