Surprise! Titles are what make the wrestling world go around. With few exceptions, almost every major story centers around or at least features a title in some way or another. That can make for some interesting moments as a title change can shake things up in a hurry. If you don’t know that it’s coming, things can be even more exciting. That was the case again in a big way on Monday.

One of the biggest stories over the last few weeks on Monday Night Raw has been Seth Rollins taking over the show. Rollins has dubbed himself the Monday Night Messiah and assembled an army to fight off just about anyone who dares to get in his way. As you might have expected, this included winning a title, though the title reign wound up being rather short lived.
This week on Monday Night Raw, the Street Profits defeated Rollins and Murphy to win the Raw Tag Team Titles for the first time. The match was billed as the Street Profits’ last chance to win the titles forever and came after they had lost multiple title shots in the past months. Kevin Owens interfered and gave Rollins a Stunner, setting up a frog splash to pin Rollins. The loss ended Rollins and Murphy’s reign at at forty two days.

You might have seen this one before. Check out the two teams facing off last week at Super ShowDown:

Opinion: It’s quite the surprise as I wouldn’t have bet on a title change like this. The stipulation seemed like a red herring as I thought it was too early for the title to change hands but they pulled the trigger on a title change anyway. The Street Profits are an exciting team and I’m happier with them holding the titles than a thrown together team like Rollins and Murphy.

How long will the Street Profits hold the titles? Were you surprised by the title change? Let us know in the comments below. 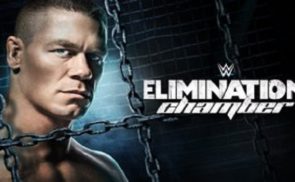