Of course there’s time for that. We are less than a week away from Elimination Chamber and that means the card should be mostly set. I say should be because WWE has a bad habit of waiting until the very last minute to announce a lot of the matches taking place on the show. This one is no different, as two matches were added on Monday night and another on Tuesday.

There are a lot of titles in WWE but the United States Title has been an interesting one as of late. The current champion is Andrade, though he only came back from a suspension less than a week ago. Therefore the title has been in limbo for a few weeks now, with no word on what would happen when Andrade got back. Well he’s back now and we know where things are going.

WWE.com has announced that Andrade will defend the United States Title against Humberto Carrillo at Elimination Chamber. The match announcement comes the day after Carrillo pinned Andrade in a tag team match in the main event of Monday Night Raw. Carrillo challenged for the title on the Royal Rumble Kickoff Show but was unable to win the championship.

They’ve gone at it before. Check out some of their previous matches:

Opinion: You had to know this one was coming and there’s nothing wrong with that. It might not be the most interesting match in the world but it is the kind of match that makes sense given what they have been doing as of late. WWE clearly sees something in Carrillo and it makes sense for them to put him into a title match like this. It would be nice to see a title change, but you never know which way WWE is going to go at times.

Do you think WWE will change the title? Should they change it? Let us know in the comments below. 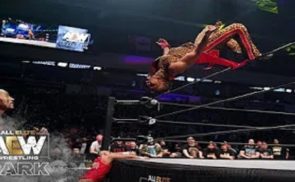