The main event of the September 16 edition of AEW Dynamite saw Best Friends take on Proud-N-Powerful in a Parking Lot Fight. The unconventional match was the direct result of a feud between the two teams and fans all over the world applauded the efforts on both sides.

One of those fans was The Hardcore Legend Mick Foley. The WWE Hall of Famer and former World champion made his feelings known on Twitter after the match, where he spoke very highly of Trent and Chuck Taylor, as well as Santana and Ortiz.

Foley’s words were extremely well received by everyone involved and for longtime pro wrestling fans, it was a nice moment to see Mick praise the match. Many talents in the business will often not take the time to comment on social media, whether those comments are positive or negative.

But Foley is a class act and that’s been the case for his entire career. Mick is one of the most respected stars that the industry has and he’s always been a great ambassador for the business to the mainstream.

Mick’s words were just another example of the attention that the AEW roster has been receiving over the past year. Since the company formed in 2019, All Elite Wrestling has been under the microscope for critics and fans alike. While some continue to hurl discouragement at the company, many others have indeed been very encouraging.

Those supporters want to see AEW do well, because they understand that another successful pro wrestling promotion is a good thing for the industry. The business cannot thrive on the work of just one entity, so the more companies that rise to the occasion, the better. AEW has had its fair share of rough patches over the past 11 months, but main events like the one Mick Foley praised, is proof that there’s some very good work being done by the roster.

The truth is that entire September 16 episode was well booked and well wrestled from start to finish. AEW’s top stars were highlighted both on the mic and in the ring, whey they continue to set themselves apart from the rest of the industry. But it’s the main event that has everyone talking.

Check out the match between Best Friends and Proud-N-Powerful! 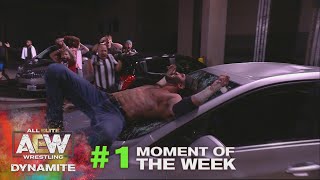 While it did seem to many that the Best Friends versus Proud-N-Powerful feud was perhaps going on a bit too long, the truth is that the ability of both teams to deliver was never in question. With one match, the two teams proved that the hard-hitting destination was well worth the chaotic journey.

The irony is that the duos themselves can operate as comedy acts whenever necessary. This is especially true of Best Friends, who are also a trio, along with Orange Cassidy. Cassidy appeared in the main event, where he helped his partners secure the win over Santana and Ortiz. The match could have become pure slapstick from that point on, but both teams kept fighting to impress and that’s exactly what they did.

AEW’s tag team division is one of the best in the business, featuring some of the top teams working today. While the tag team spotlight in other companies like WWE never seems to shine that brightly, the same is not true of Tony Khan’s company. AEW is committed to tag team wrestling and that was definitely evident on September 16.

The rivalry between Best Friends and Proud-N-Powerful may or may not be over. But there’s no denying that after their Parking Lot Fight, all men involved are certainly over. It’s a fact that Mick Foley full endorses. 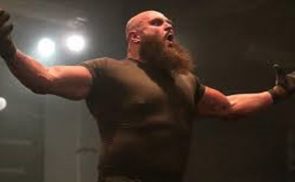 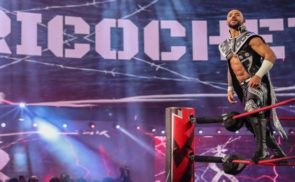