Welcome to the family. All Elite Wrestling has come a long way in a short amount of time. We are still coming up on the one year anniversary of Dynamite, which means that they still have a long way to go. The company’s best asset has been their roster, though it always needs to have some freshening up. That is the case now, as they have added another name to the lineup.

Since around the same time that Dynamite began to air, AEW has also presented Dark as a weekly series on Tuesday nights. The show features regular AEW wrestlers facing off with independent wrestlers. The AEW wrestlers are undefeated against such outside wrestlers, but just because they are losing does not mean that they are not being noticed. One has certainly caught a few eyes and in a good way.

AEW has officially announced that Will Hobbs has been signed to the company. Hobbs has been a regular on Dark but was an entrant into the Casino Battle Royal at All Out. He has since gone on to win two matches on back to back episodes of Dark. There is no word on if AEW is looking to sign any more wrestlers out of the group who regularly make appearances on Dark.

Hobbs certainly looks solid. Check out what he can do in the ring:

Opinion: Good for Hobbs! Ther eis nothing wrong with a wrestler being able to get a better job through hard work and that is what he has done here. I have no idea if Hobbs is going to become a star in AEW, but even if he doesn’t, getting that on his resume is going to help his independent career for a long time to come. Or maybe he is a hidden gem for AEW and becomes a star there. Either way, well done.

What do you think of Hobbs? How big of a star will he be in AEW? Let us know in the comments below. 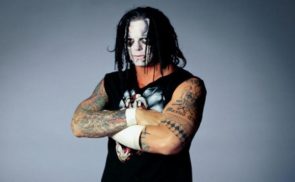