She’s come a long way. WWE is the biggest wrestling company in the world and it makes sense that they would try to have as many international stars as they realistically can. Having people from different backgrounds with different styles and training can do a lot of good for a wrestling promotion and WWE does a fairly nice job of mixing thins up. Now one of their stars is getting some extra focus.

This weekend, NXT will present the latest edition of its Takeover series with Takeover: Vengeance Day. The show will feature a variety of matches with various championships on the line, including the NXT Women’s Title. In the match, champion Io Shirai will defend against a pair of challengers, with one of them hailing from the United States. The other is from a bit further away and WWE is taking a closer look at her.

There is a lot here. Check out a closer look at Toni Storm: 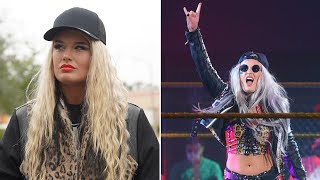 WWE has posted a new video looking at Toni Storm. The video features Storm standing outside and answering questions, mainly about the last year of her life. Storm talks about her goals and how far she has come in the last year, including in her professional and personal lives. Storm and Mercedes Martines will be challenging Shirai for the NXT Women’s Title at Takeover: Vengeance Day.

Opinion: This is the area where WWE excels and it is great to see them getting to do it again. They know how to make their wrestlers feel important once you take away everything else going on around them. That is what they did here with Storm and that is a very good idea as she has not been given the chance to shine in America. That could change this weekend and this was a good start. 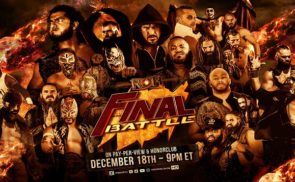