It’s the go home show for No Surrender and that means we are almost out of the Tommy Dreamer Main Eventer phase. It hasn’t been the worst stretch in the world but it also hasn’t been thrilling television either. Odds are that this is going to be the biggest push of them all that could make for a rough stretch. Let’s get to it.

These eight will be in a Triple Threat Revolver Match (basically a gauntlet) at No Surrender for the #1 contendership to the X-Division Title. Alexander top wristlocks Christian down to start and hits a slam for a bonus. Austin comes in to increase the competition a bit so Alexander drops Trey onto him for two. It’s off to Bey as the pace picks up but things start to break down a bit with Austin missing a dive onto Bey.

Mack’s attempt at a dive onto both of them is broken up and Daivari unloads on Mack in the corner. That just earns him a Samoan drop into the standing moonsault, which only lands on Daivari’s knees. Bey comes back in for two off an elbow to the back and it’s time for the rotating heel beatdowns. Christian hits a dropkick to the back of the head for two and Daivari grabs a chinlock with a knee in the back.

That’s broken up in a hurry and it’s back to Miguel, who kicks Blake down in a hurry. Miguel grabs a Muta Lock but pulls up on his knees instead of bridging back. Bey breaks that up so Alexander comes in for a bunch of northern lights suplexes. The ankle lock has Austin in trouble but Christian makes the save with a 450. Mack’s standing moonsault hits Christian but it’s off to Bey and Austin to beat on Suicide. That’s broken up as Suicide dropkicks Bey to the floor, only to accidentally get knocked outside by Miguel. With Suicide down, Miguel pulls Christian into the Hourglass for the tap at 11:57.

Post match Sami Callihan pops up on screen to ask how fast Trey is going to leave after things start going badly again. Threats are implied.

Deonna Purrazzo and Susan are here with Lee. The bell rings and Lee bails to the floor for the conference, with the advice leading her to….puff up her chest and bounce off of ODB. Lee is knocked down and kicked in the face, followed by a hard chop in the corner. ODB’s Dirty Dozen is broken up (good) and Lee grabs a full nelson with her legs. ODB fights up but gets sent into the corner over and over as we take a break.

Back with ODB hammering away and hitting a splash in the corner. There’s the Cannonball for two and now the Dirty Dozen works. A middle rope Thesz press gets two but Lee kicks her in the head. ODB slams her off the ropes but Purrazzo and Susan get on the apron. Cue Jordynne Grace and Jazz for the brawl, allowing ODB to dive off of the apron to take out Susan and Purrazzo. Lee is right back up with a rollup for the pin at 12:01.

We go to Swinger’s Palace where Fallah Bahh is out of money. His offer of a slightly used cookie is turned down and he is thrown out, leaving Swinger to hit on Alisha Edwards. Swinger: “I’m Terry Taylor!” He also has the wad of money.

Susan rants to Purrazzo and Lee about what just happened and it’s time to set up the six woman tag.

Here’s Cousin Jake for a chat. He thought that things were going great around here for the Deaners but now things have fallen apart. Cue Violent By Design to get an answer on their offer from last week. Eric Young tells him to be the best version of himself but Jake says he’s going to stand for….something. The beatdown is on and the Pillmanizing is on but Cody says hang on. Eric says ok, because it can be Jake vs. Cody at No Surrender.

Rohit Raju says he and Mahabali Shera have been friends for a long time and at No Surrender, Raju is getting the X-Division Title back.

Tony Schiavone and Tony Khan talk about the Forbidden Door being opened up, with Khan realizing that he was the Forbidden Door. Who knows who is going to show up next??? We run down this week’s Dynamite card. Khan will even be back in Nashville soon enough to mess with Impact some more.

Tasha Steelz and Havok are here too. Nevaeh wins a slugout to start and hits a Hennig necksnap into a sliding lariat for two. A clothesline gets the same as commentary tries to figure out what kind of shoes Kiera is wearing. Kiera slugs away but gets caught with a belly to back faceplant, setting up a side slam for two more. Hogan tries another slugout and gets kicked in the head for two more, followed by an STO to put her down again. With nothing else working, Steelz comes in for a Codebreaker on Nevaeh and the DQ at 5:46.

AEW stars wish Tommy Dreamer a Happy Birthday. These aren’t quite as polite.

Fire N Flava yell at Scott D’Amore about the referee costing them their singles matches against Havok and Nevaeh. D’Amore has a solution: a different referee for their No DQ title defense at No Surrender. He shuts the door on them and the screaming continues anyway.

Here are XXXL, Tenille Dashwood and Kaleb With A K for a chat. They’re ready for their No Surrender tag match with Decay and that’s why Dashwood is here: she can beat up Rosemary for them! Dashwood doesn’t understand what kind of a name Decay is because that sounds like they need a dentist. Kaleb With A K issues a challenge to any member of Decay, which really doesn’t seem like the best idea. Cue Decay, with Rosemary saying they have found someone new to play with them.

Black Taurus vs. Kaleb With A K

Taurus is a monster in a bull mask from AAA and fits in rather well with the team. Kaleb gets tossed into the corner and it’s a pop up Samoan drop to crush him again. Something like a fisherman’s suplex spun into a powerslam finishes for Taurus at 58 seconds.

Brian Myers pays off Hernandez, who wants to get paid up front before their No Surrender tag match. Fallah Bahh sees the money being exchanged and seems to have an idea.

Storm/Sabin are challenging. Sabin grabs Anderson’s arm to start and armdrags him into an armbar. Storm comes in to hammer away in the corner and the rapid tags continue with the Boys being sent outside. We take a break and come back with Sabin kicking Anderson in the back of the head to give Storm two. Sabin comes back in but the tag brings in Gallows to put the champs in control for the first time.

Some shots to the ribs have Sabin in trouble in the corner and it’s back to Anderson for a chinlock. Gallows puts on his own chinlock as Private Party and Matt Hardy come out to watch. That’s enough of a distraction for Sabin to get over to Storm for the tag as as everything breaks down. Storm hits a Backstabber on Anderson but Private Party runs in for the DQ at 10:47.

Post break, Matt Hardy promises Private Party a bonus if they win the titles. Scott D’Amore comes in to say there’s a problem so the title match on Sunday is now a triple threat with Chris Sabin/James Storm added in. Matt freaks out.

We run down No Surrender, which seems like it has had about 15 matches added.

Here are Rich Swann and Tommy Dreamer for a contract signing, with Scott D’Amore emceeing. Swann signs, but believer it or not, Dreamer has something to say before he does the same. Dreamer thanks Swann for the chance because so many people deserve to be in this spot more than him. He has won two World Titles and beat friends to win the titles. There are no holes in Swann’s offense but there are holes in his defense…but here is Moose to interrupt.

Moose doesn’t like that this match is taking place because Swann promised him the title match first. Violence is teased but D’Amore cuts Moose off and says he can be gone in a hurry. Moose says he can hurt Swann whenever he wants so they yell at each other until Dreamer tells them both to shut up. He pulls out his phone and reads a text from Moose that he got back in July after their match. Moose said Dreamer still had it and he got it as a result.

They are all in wrestling and love this business, which is why he doesn’t wrestle for money anymore. All Dreamer wants is to help the men and women in the back because somewhere, fifty years ago, a Dreamer was born and now there are a bunch of dreamers in the back. For three hours on Saturday, fans are going to have a chance to forget everything else so Dreamer signs. They hug to end the show as Moose leaves. 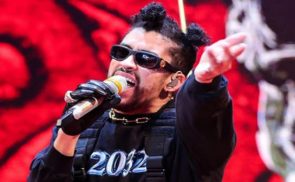 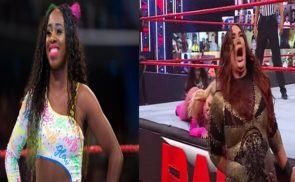