That’s a downside. There are a lot of different things that go together to make a wrestling show and some of those are a little more complicated than others. A wrestling company has to find a way to draw in the biggest audience possible in order to make the most money, but that also comes with a need to keep everyone around working as well as they can. That might be an issue in WWE at the moment.

One of the bigger stories coming out of the Royal Rumble was Bad Bunny, who performed his song about Booker T. but has stuck around to appear on both editions of Monday Night Raw since the pay per view. Bunny has since gone on to become a top merchandise seller for WWE and might be wrestling at this year’s WrestleMania 37. He is not the only rapper rumored to be getting in the ring as Bow Wow has been seeming interested as well. Now it turns out that it might not be the best received idea backstage.

According to SportsKeeda.com, the WWE locker room is not entirely happy with Bunny and Bow Wow being brought into the company as they are going to receive more attention than the regular wrestlers. Bow Wow is scheduled to appear on Monday Night Raw and Smackdown when his next album is finished and Bunny will be regularly appearing on Monday Night Raw. There is also a chance of Bianca Belair being paired with one or both of them.

Opinion: This sounds like the same kind of thing that is said every time a part time wrestler is brought in for a big spot. I can see both sides of the problem as it’s true that the wrestlers are going to want more time than they are getting but at the same time, WWE needs to bring in as much money as they can. That being said, it is a bit of a gamble to put so much focus on celebrities, as there is little to no track record for Bunny and Bow Wow in WWE. 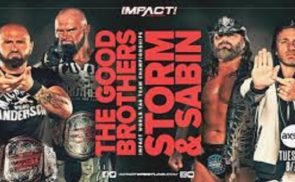