I mean….he did it? This past weekend saw one of the most important times ever in NXT history, as the team not only hung in there against Monday Night Raw and SmackDown, but also survived to the point where they won the battle for Brand Supremacy. The event saw some major NXT names getting the spotlight for the first time, and a former NXT star is giving one of the new ones a bonus.

This coming Sunday, WWE will be holding its annual Starrcade event. The show is considered something of a celebration of the WCW/NWA style, though most of that is due to the involvement of Ric Flair. No one embodies WCW and the history of that style of wrestling more than Flair, who will be a guest on the Kevin Owens Show at this year’s edition. Owens was rather pleased, to the point where he needed someone to help him celebrate.

After hearing the news, Owens sent Lee a message on Twitter, asking if Lee would sing a certain statement about how excited Owens was with the whole situation. Lee responded and did just that, saying that Owens asked and would receive. There is currently no word on what Flair and Owens will be doing on the Kevin Owens Show. Starrcade airs this Sunday night at 7pm EST on the WWE Network.

Hey, @RealKeithLee, you know that thing you do where you react to something that just happened by singing “OH MY GAWD!” in a very loud manner?

Can you do that on my behalf about this little bit of news?

It was a bit of a moment. Check out Lee’s response to Owens’ request and a bit of Lee’s athletic prowess: 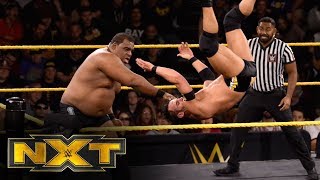 Opinion: This doesn’t mean all that much but it is something rather cool as Lee has more than arrived on the bigger stage. Lee is someone who has gone from just a hidden secret on the NXT roster to being someone who can do whatever he wants because he is talented enough to do it. It’s cool to see Owens bringing him up because Lee has a variety of abilities to show off.

When will Lee be on the main roster? Will he ever be NXT Champion? Let us know in the comments below. 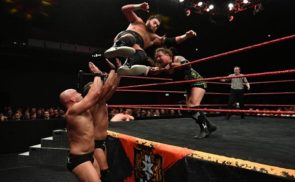