There’s a pairing I never knew I needed to see. Earlier this month, CM Punk made a shocking return to the WWE after nearly six years away. The move was a big surprise and his followup the next week on WWE Backstage drew a much higher than usual audience for the show. Punk is someone who is going to get attention on himself no matter what he does, but it is even easier when he says something that is going to get people talking.

Punk was recently a guest on an edition of Windy City Live in their 2 Minute Warning segment. The segment is a series of rapid fire questions, including who Punk’s favorite wrestler was growing up. Punk said Roddy Piper and was asked about Hulk Hogan. In response, Punk said that he was never a Hogan guy and “I’ve met him and like him even less now.” Punk would go on to say “f*** him” in regards to Hogan, albeit with a bit of a smile on his face.

This was a fun one. Check out the full interview, plus a little Hogan fun for your day: 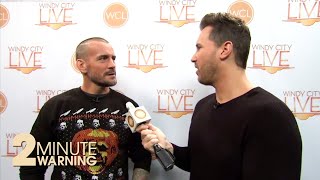 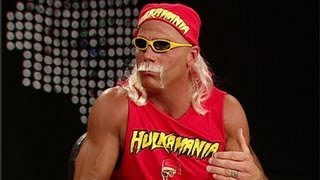 Opinion: I can’t say I’m surprised at this one as Hogan was the All American boy for a long time in WWE and Punk is often seen as anti-authority. It doesn’t seem that he would be a Hogan fan and this certainly seems to back that up. I’m not sure how much Punk actually dislikes him but Hogan must have rubbed him the wrong way. Maybe that is the case, but it doesn’t seem like they will be doing anything together anytime soon.

Are you a Punk guy or a Hogan guy? Will Punk ever wrestle again? Let us know in the comments below.