That’s important. There are some families in wrestling that everyone has heard of at some point or another. These families have some of the most important wrestlers in the sport’s history and have offered some outstanding matches and moments. One of the most well known is the Anoa’i family, which is still very prominent today. Two of its members will be in action on Sunday and the stakes have been raised.

One of the most surprising stories of the year has been Roman Reigns vs. Jey Uso for the Universal Title. Uso has not been a singles star for his entire career but has slid into the role almost perfectly. Reigns has been trying to force Uso to acknowledge him as the family’s Tribal Chief and has offered him another title shot to make it happen. However, there are consequences if he loses.

Reigns has announced the consequences for Uso should Reigns retain the title at Hell in a Cell. Should Uso lose, he must follow Reigns’ orders and do as he is told. However, if he will not follow Reigns’ orders, both of the Usos will be out of the family and lose all of their support and the benefits of being part of the family. This comes after rumors of Reigns leading a stable with the Usos involved broke earlier this fall.

They’re ready. Check out the closing segment and what the Usos had to say about the consequences:

Opinion: Now this could be interesting as it could lead to a very different direction. Having Reigns order the Usos to be evil but having some success as a result is quite the way to go and something I could be interested in seeing. There are a lot of different ways to go in this story and it has been one of the most pleasant surprises in a very long time. I want to see where this is going and that is a great thing to see.

What do you want to see from the story? How will it keep going? Let us know in the comments below. 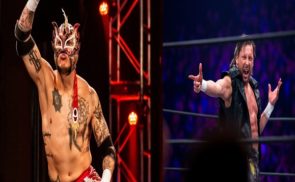