Over the summer on Monday Night Raw, Angel Garza constantly hit on backstage interviewer Charly Caruso. The two showed some romantic chemistry and with Garza being pushed as a romantic, Caruso seemed interested in him. Then the story was suddenly dropped without much of an explanation. Caruso has since offered an explanation, though it might not be well received.

A fan on Twitter asked Caruso why the story with Garza was randomly stopped like so many other WWE stories. Caruso responded, saying that it too was randomly stopped, offering no other explanation and suggesting that there was no reason given for the story ending. Garza’s attentions turned to a woman named Demi Burnett, who had appeared on the Bachelor, but has not been seen since September when the two of them ran into Retribution.

They worked together. Check out the two of them on screen together:

Opinion: I can’t say I’m surprised and while it wasn’t the biggest story on the show, it would have been nice to see some kind of a clear ending to the story, even if it was just someone saying “yeah it’s done”. That being said, WWE has a lot of things going on and I’m not entirely surprised that this story, which was rather minor by comparison to so many others, wasn’t getting the most attention.

What did you think of the story? How would you have had it end? Let us know in the comments below. 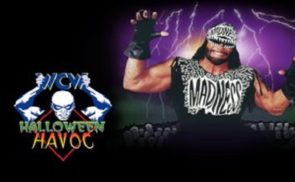 REVIEW: Halloween Havoc 1997: The Old One