What could have been. The 2020 WWE Draft has come and gone following some rather interesting moments. There were some moves that did not seem to be all that important and some others which shook things up all over the place. The biggest change was probably the splitting up of the New Day after six years. That is a long time the the team had a deep history, but there was a time when things could have been rather different.

New Day’s biggest selling point was the friendship between the three members. You could believe that Kofi Kingston, Xavier Woods and Big E. were as close as brothers because that was the case when the cameras went off. You can’t fake that kind of closeness and it would be insane to try. That’s what WWE wanted to do, though thankfully it never actually got off of the ground.

Big E. was the guest on this week’s edition of WWE’s After The Bell podcast, which focused on the New Day. During the interview, Big E. revealed that there had been plans to add Damien Sandow or Alicia Fox to the team, albeit at different times. Neither of these moves ever happened though it is not clear why. Both Sandow and Fox have since left the company, with Fox retiring from wrestling entirely.

That would have been different. Check out the team, plus its almost new members:

Opinion: I think I can breathe a collective sigh of relief for everyone as we know this didn’t take place. Sandow and Fox are both talented and had a place in WWE but there is almost no way to really introduce new members to the team. That doesn’t work no matter how you try to put it together and I think everyone, from the team to the two of them to the fans, are a lot better off with the way things wound up.

What do you think of the idea? Should New Day have grown? Let us know in the comments below. 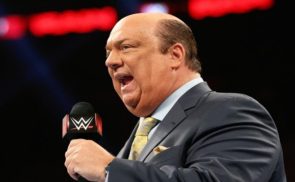 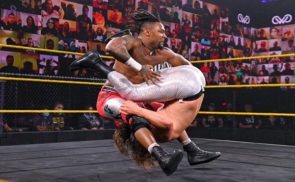