This isn’t going to go well. The Coronavirus has changed the way the wrestling world works and that is going to be the case for the foreseeable future. It is almost impossible to imagine wrestling being back to normal anytime soon and WWE is no exception. Everyone should be doing what they can to reduce the spread of the virus, and WWE might be in trouble for not doing their part.

Ever since the Coronavirus pandemic began, wrestling has been in a tough spot. Having fans around is not a likely situation for most major promotions and WWE has been no exception. That leaves them with just their wrestlers and staff, but it is not clear what happens when the cameras go off. It is possible to have some kind of a Coronavirus threat going on there as well, and now someone important wants to know more.

According to WFTV of Orlando, Florida, the Orange County Department of Health is asking Orlando’s Coronavirus strike team to investigate a number of areas deemed Coronavirus hot spots, including WWE locations. The three locations are Full Sail University, the Performance Center and the Amway Center, all of which have been holding WWE television tapings. There is no word on how WWE could be impacted if they are found in violation. The company has issued a statement on the story:

“WWE is not open to the public, but rather operating on a closed set with only essential personnel in attendance. As part of on-going weekly testing protocols, Aventus Labs have administered more than 10,000 PCR tests to WWE performers, employees, production staff and crew resulting in only 1.5 percent positive cases as compared to the current national average of more than 5%. Additionally, extensive contact tracing takes place and impacted individuals are placed in 14-day quarantine and then only cleared after they test negative.”

Each place has had some shows in recent months. Check out what has been going on there:

Opinion: I don’t see this ending well for WWE as there is little way around something like this. WWE has not exactly been clean with the Coronavirus situation and there is a chance that they could be in big trouble here. At the same time, there is a chance that they can talk their way out of it or just find somewhere else to go, which is always a possibility. Either way, this doesn’t sound great and I’m not sure where this is going to go.

What does this mean for WWE? Will they be in serious trouble? Let us know in the comments below. 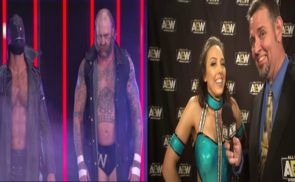