It’s better than nothing. You might not have noticed it, but we are currently less than six days away from Hell In A Cell 2020. The show’s main events have been well built up but coming into this week’s Monday Night Raw, there were only three matches announced for the card. Even though all three of them were scheduled to take place inside the Cell, it might have needed a little more help. Some of that was covered on Monday Night Raw.

Last week on Monday Night Raw, Elias made a long awaited return from a torn pectoral muscle. The injury had kept Elias on the shelf for five months, with a storyline explanation that an intoxicated Jeff Hardy had injured him. Hardy still denies it but Elias blames him, even costing him a match last week. Elias held a concert this week with Hardy interrupting, and I think you know where this is going.

This week on Monday Night Raw, Elias’ concert was interrupted by Hardy, who broke a guitar and said that he didn’t hit Elias with the car. Elias responded by challenging Hardy to a match at Hell In A Cell, which Hardy accepted later in the night on Raw Talk. The match is the fourth on the card, after the two World Title matches and the SmackDown Women’s Title match.

It took some time to get here. Check out how we got to the match:

Opinion: Well it’s something. I can’t believe that we have four matches set for Sunday as we head into Tuesday, but then again that was the case with last year’s show as well. Somehow this is an improvement over last year, when the card hard three matches announced coming out of SmackDown. Hopefully WWE adds some more, because this Sunday’s card isn’t looking great. 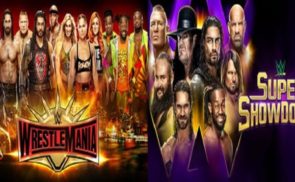