Get them together again. Wrestling is a complicated world and that makes relationships, which are already complicated in the first place. When you have a wrestler who doesn’t work for the same company as their significant other, things can be made almost impossible to figure out. It can be better if you work together though, and now a couple who works together are going to be paired together.

Late last year, the Butcher and the Blade debuted in All Elite Wrestling and they were instantly different. The two looked like a couple of monsters who could hurt anyone and that was the kind of thing you can always use. To make things even better, they were accompanied by the Bunny, who was better known as Allie. She is also the wife of the Blade, but the team was split up earlier this year. That has since been fixed.

This week on AEW Dark, Allie returned as the Bunny, distracting her on-screen love interest QT Marshall to cost him a match against Penta El Cero M. The change means that the Bunny is now reunited with Butcher and Blade, who are managed by Eddie Kingston, along with Penta El Cero M. There is no word on when Allie and the Blade will be paired together on television again.

She can do both. Check out her work as both Bunny and Allie:

Opinion: I never quite got the point in having Allie paired with Marshall in the first place so this is a welcome change. Allie with Butcher and Blade had been a rather nice trio so maybe it can work again here. There was never a reason given for the change so switching things up again is a good idea. If nothing else, this gives Kingston something else to talk about and that is certainly a positive.

What do you think of the change? Is this the right move? Let us know in the comments below. 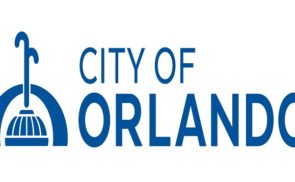