That would have been something. Wrestling has a lot of major events throughout the year and some of them can be very memorable. It can be fascinating to see what kind of things you see in a wrestling show as you will occasionally remember things that you see for years to come. At the same time though, it can be fascinating to see what might have been, which is what we have now.

Above all others, WrestleMania is the undisputed biggest show of the year. The matches and moments that take place on the show dwarf anything else in North America and that has been the case for the better part of forty years. A WrestleMania Moment can change your career and that can certainly come in the form of a match. For one current WWE star, that was almost the case.

They could have been big. Check out what set things up:

Opinion: I could see both of these matches taking place and that could have been interesting. Elias is someone who was getting bigger and bigger reactions from the fans and either one could have been quite the elevation for Elias. It’s hard to say if it would have been the big game changer for his career, but everyone has to start somewhere. Maybe one day for either of them.

Do you like the sound of these matches? What would they have meant for Elias? Let us know in the comments below. 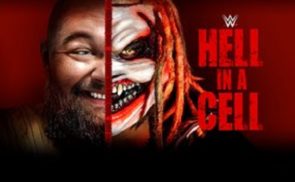