A tied up end. There are a lot of stories taking place in WWE and some of them are a lot more detailed than others. Sometimes you are going to see something left hanging and it can be rather annoying. Maybe someone gets hurt, maybe something better comes along, or maybe the company just drops things, but it can be frustrating to wait on something that is never coming. That was not the case this week.

Over the summer, a hacker began causing some chaos for various wrestlers on the SmackDown roster. No one knew who it was, though whomever it was had quite the setup, including cameras all over the building. This was rather dangerous as they now had access to all kinds of secrets around the company. The hacker’s identity was never revealed and it seemed like the story had been dropped. Then we got an update.

This week on Monday Night Raw, Mustafa Ali revealed that he was the hacker from the summer. Ali said that his power was not in the strength of the numbers of Retribution but in his ability to control things. He mentioned that he knew secrets about various people on the roster and could learn more with a computer or phone. This was the first mention of the hacker since May.

It was a cool story. Check out the hacker masked and unmasked:

Opinion: This is the kind of detail that I can always appreciate. The hacker story was something interesting for a few months and then it was completely dropped. I have no idea if Ali was supposed to be the hacker in the first place, but it is great that WWE finally gave us some resolution to the story. If they started it, they might as well finish it, and this is better than nothing.

What do you think of the reveal? How will it work for Ali? Let us know in the comments below. 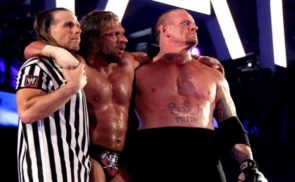