Alberto el Patron, known best for his WWE tenure as Alberto Del Rio, has certainly been outspoken since his departure from World Wrestling Entertainment.

In a recent interview on the Sam Roberts Wrestling Podcast, Alberto discussed his last return to WWE, where he partnered with Dutch Mantell–aka Zeb Colter–for a border-bending story that never made a whole lot of sense. Alberto wasn’t a fan, either. (Transcript via 411Mania.)

“The ‘Mex-America’ storyline was so stupid because nobody understood what we were trying to do. I couldn’t understand what we were trying to do so the people didn’t click with it because it was just really confusing, and nothing but respect for Dutch Mantell, I mean, he’s hurt, he couldn’t really walk, so he wasn’t really helping me out there, but even though my work in the ring was fantastic, and I’m in amazing shape. When I came back to WWE I said okay, this is my second opportunity, I’m going to make the most of it so I went back to the gym and started dieting and really working hard. I am in amazing shape and I did everything in my power to make it work, but the storyline wasn’t there.”

His later WWE run wasn’t helped by the array of new faces back stage, none of whom Alberto felt especially comfortable with.

“From there I started to feel like I wasn’t comfortable with the company; all my friends were gone. All my friends like Edge, Chavo Jr, Rey Mysterio, and was there in the locker room with great kids, great guys, but different generation; they’re into their comic books, playing video games, looking at their iPads, and whatever and I’m just completely from a different generation. I remember Vince [McMahon] saying this to me; ‘hey, why don’t you try to blend with the kids, with the guys.’ I said because we’re so different. I read books, they play video games, they read comic books, they’re 19, 20 years old and I’m 38 so we have nothing in common. I have three little kids, I’m a father, so we have nothing in common.”

Alberto is engaged to current WWE star Paige, who also seemed to be on the outs with the company. That is, until the Rock headed up a major movie based on her family with the collaboration of WWE Studios. Now there’s no telling how WWE will present her when she recovers from her surgery.

Do you think Alberto is right about that story being “stupid?” Let us know in the comments, or on Facebook! 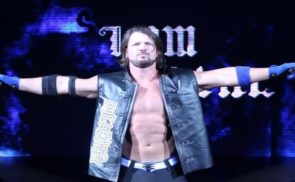 Huge WrestleMania Feud Will Begin On Next Week’s SmackDown 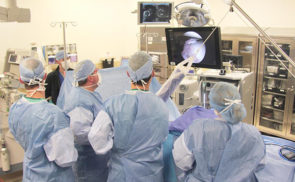