On Tuesday’s SmackDown, Randy Orton said that he won’t fight Bray Wyatt for the WWE World Heavyweight Championship at WrestleMania 33. Then, following the show, Daniel Bryan announced that there will be a number one contender’s battle royal on next week’s episode of SmackDown. So, WWE is really trying to make you think that Orton and Wyatt won’t fight each other on April 2.

However, according to Cageside Seats, the plan for the WWE World Heavyweight Championship at WrestleMania 33 is still Orton vs. Wyatt.

“Randy Orton vs. Bray Wyatt for the WWE world championship is still the plan for WrestleMania 33, and Orton saying it isn’t happening is, of course, just storyline.”

The common belief is that Luke Harper, who just recently left the Wyatt Family, will win the battle royal, and that he and Orton will fight one more time to determine who is the number one contender for Bray Wyatt’s WWE World Title.

What’s your opinion on the Orton/Wyatt storyline? Do you want to see the duo breakup, or would you like to see them stick together, and not fight at WrestleMania? Let us know in the comments below, or over on Facebook! 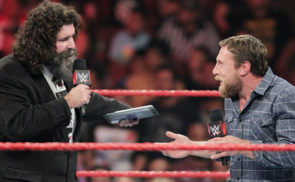 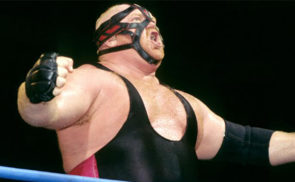 This Wrestling Legend Says His Final Days Are Coming