There have been more than a few intersections between wrestling and politics, though perhaps none so large as the recent election of Donald Trump as president of the United States.

Sure, Jesse Ventura had a run as governor of Minnesota, and JBL is a frequent guest on Fox News as a business analyst. But neither of them were, essentially, the leader of the free world, nor did they give a McMahon a place in the White House.

Linda McMahon was appointed by Trump in December to be the head of his Small Business Administration back in December, and the Senate recently voted to confirm that appointment. With an 81 to 19 bipartisan confirmation, she was one of the least controversial picks for Trump’s cabinet.

As a special gift to the president, the entire McMahon family dropped by the Oval Office, bringing along a photo of Trump’s most famous WWE moment. Following a hair vs. hair match where Trump’s Bobby Lashley defeated Vince’s Umaga, the current president of the US got the opportunity to shave Vince McMahon bald.

“Stone Cold” Steve Austin has stunned 46 percent of the people in this photo, including the president. pic.twitter.com/GKkz0cjB5d

We’d love to imagine that photo sitting on Trump’s desk throughout the presidency, sneaking into official photos of many important meetings with advisers and foreign dignitaries. 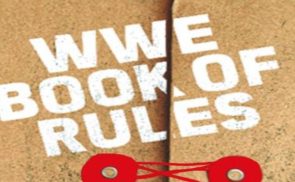 WWE Is Finally Explaining the Rules 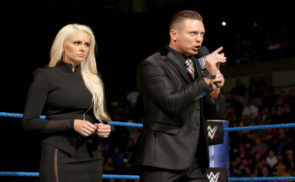