Finn Balor’s impending return has been one of the hottest topics in the professional wrestling world ever since The Demon King went down with a shoulder injury this past August.

The Wrestling Observer Newsletter has reported that Balor should be cleared for his return before WrestleMania, but what everyone wants to know is, what will he do on the show? The answer might, and probably will disappoint you.

According to Cageside Seats, Balor will be back before WrestleMania, but he won’t have a match on the show. Of course, things could change between now and then, but apparently the first-ever Universal Champion won’t return to action until after April 2.

If you look at the Raw roster, there’s really not an obvious opponent for Balor, unless WWE is interested in having him renew his long NXT rivalry with Samoa Joe. But, as of right now, Joe is the backup plan for Triple H if Seth Rollins isn’t able to compete at WrestleMania 33. So, WWE doesn’t want to set something else up for him until they know for sure that Rollins will be able to wrestle in Orlando.

Who would you put Finn Balor in the ring with at WrestleMania? Do you think WWE should hold his return off until after the big event has ended? Let us know in the comments below, or over on Facebook! 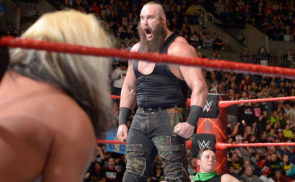 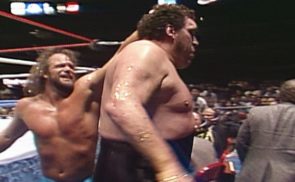