Guess who’s back and who’s with him now. Over the course of ten years, WWE has produced four films in the “Marine” film series.

The first starred John Cena, the second Ted DiBiase Jr. and the third and fourth both featured the Miz. The fourth installment included Summer Rae but the upcoming fifth will include a host of WWE personalities.

WWE has released the first trailer for “Marine 5: Battleground”, which will feature the Miz returning to star and see the introduction of Naomi, Heath Slater, Curtis Axel, Bo Dallas and Miz’s wife Maryse in roles. The film will see Miz playing Jake Carter, now an ex-Marine playing an EMT protecting a man from a group of bikers. No release date has been set so far. Here’s the trailer.

I’ve only watched one of the Marine films and while it was no masterpiece, it was fine enough for a cheaply made action movie. If nothing else it allows Miz to keep up his movie star character because he is in fact acting in movies. Throw in his wife being on screen with him and some more wrestlers getting to make appearances and these things are probably getting closer to making a profit.

Are you a fan of the Marine movies? Which WWE movie is your favorite? Let us know in the comments below. 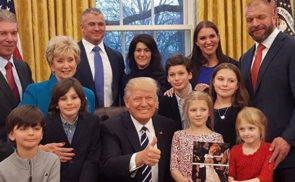 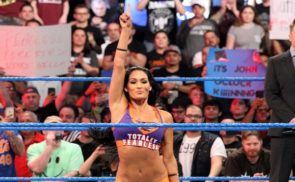