There have been plenty of rumors swirling regarding WrestleMania. As of now, the event will be a two-day show, scheduled for April 4 and 5. It also is now reported to take place at multiple locations, possibly to remain committed to the 50-person limit for one particular area. The COVID-19 (Coronavirus) pandemic has certainly created a chaotic situation for WWE executives, forcing to air the past Raw and SmackDown episodes live without an audience in attendance.

One of the biggest rumors that was swirling around was WrestleMania 36 potentially happening inside the Madison Square Garden on June 7. Many outlets stated that WWE does not have a pay-per-view event scheduled for June, and had the ability to postpone WrestleMania to that date. However, I spoke to a representative from Madison Square Garden today, and those rumors can officially be put to rest.

I asked her if there were any talks of WrestleMania taking place on June 7. She stated, “not that I am aware of.” She also confirmed that the postponed WWE event, originally scheduled for March 22, will be moved to June 27, and will not be WrestleMania. She stated that it is indeed a “house show.”

Welcome to The Garden family, @FightOwensFight and @KingRicochet! We can’t wait to have you back for WWE Road to Wrestlemania on March 22! @NYRangers @nyknicks #WWEMSG pic.twitter.com/ixLL97rz8W

READ MORE: Here is How Much Money WWE Lost for Canceling WrestleMania 36 in Tampa Bay

Despite that fan’s desire for the energy from the crowd to boost the excitement of WrestleMania, this year will certainly present an unprecedented occurrence. The Raymond James Stadium posted on their website that refunds will be issued, which caused WWE a staggering loss of revenue from ticket and potential merchandise sales.

Obviously, from the decision to keep it on the same weekend, the show must go on. However, matches such as the Andre the Giant Memorial Battle Royal and the Women’s Battle Royal will have to be scrapped due to the restrictions. This leaves many current WWE superstars without a spot on the card, which is something that they work the entire year for. 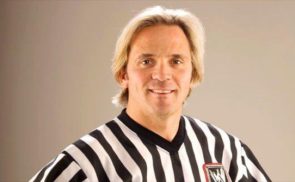 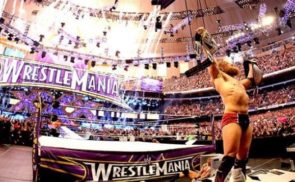