An important opinion. This week in wrestling has been dominated by the SpeakOut movement and that is a good thing. Something like this shows how the wrestling industry needs to change in a big way and that it only will do so if the veil is pulled back. That prospect took a big step forward this week and now the question is where things go from here. We might know the future for one of the bigger names.

There have been several names mentioned in the entire SpeakOut situation with Matt Riddle being near the top of the list. Riddle was accused of threatening to force himself on a female wrestler in the back of a van, which the accuser said did not wind up happening. WWE had an interesting reaction to the situation as they pulled Riddle’s SmackDown debut from the show’s preview before putting it back on the list and airing it seemingly as planned. There might be a reason for that.

According to Wrestling Observer Radio, WWE was aware of the situation when they signed Riddle in 2018 and seem comfortable with pushing Riddle with the information that they have. However, this was said to be the case with Lars Sullivan but a sponsor eventually complained to WWE and Sullivan was removed from television. Riddle debuted on this week’s SmackDown, defeating Intercontinental Champion AJ Styles in a non-title match.

This could go either way, but it was a big debut. Check out how Riddle showed up on SmackDown:

Opinion: This is an interesting situation as WWE certainly does seem to have made up their mind about Riddle earlier in the week. I’m not sure if that can hold up going forward, but Riddle seems to be more in the clear than anyone else, assuming no more bombshells come out. It could be shaky in a hurry if that takes place, but for now, Riddle might be around for a while to come.

What do you expect for Riddle in the future? Has WWE handled it well? Let us know in the comments below. 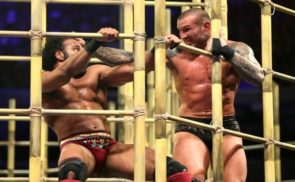 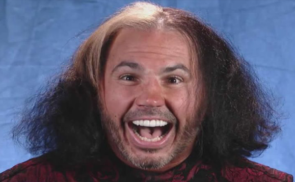