It’s for the best. This week’s wrestling news cycle has been dominated by the story of the SpeakOut movement, which has seen a variety of wrestlers from all areas of the sport. This has included British independent wrestlers, AEW wrestlers and WWE wrestlers, but one thing was clear through the whole situation: something needed to change, and that is now the case for one name.

One of the stories that came out over the week was that of a woman named Rebecca Crow, who dated Jimmy Havoc for three years. Crow said that Havoc mentally and verbally abused her over the years, including saying that he would threaten to kill himself or attempt to harm himself during arguments or if she tried to leave him. Several of these instances involved Havoc being drunk, which has caused AEW to step in.

AEW has released a message on Twitter, saying that they wish Havoc the best as he deals with substance abuse and mental health issues. Havoc will be undergoing some form of rehabilitation and once it is complete, AEW will reevaluate his status with the company. There is no word on how long the process will take or if AEW is helping Havoc undergo treatment for his issues.

This story isn’t in any order. A lot of my memory of this abuse is disordered because i was battling drink and substance abuse to cope. That DOES NOT make it invalid.
I’m #speakingout because I dont want anyone else to be hurt. And I don’t think i’m alone.
TW: relationship abuse pic.twitter.com/JTRmKGCDoT

We wish Jimmy Havoc all the best as he receives treatment and counseling in an effort to overcome the mental health and substance abuse challenges in his life. pic.twitter.com/mh0hudsPuW

That’s good to hear from AEW. Check out some of their other good things:

Opinion: This is the kind of thing that might be what the situation needs. Based on the story, Havoc needs some serious help with some major issues so having him get this kind of help could be exactly what he needs. These are some very serious allegations and if AEW helped him out, it is even better. Havoc could come out of this a far better person overall, and that is a lot more important than his wrestling career.

What else will come of this? How can AEW help the situation? Let us know in the comments below. 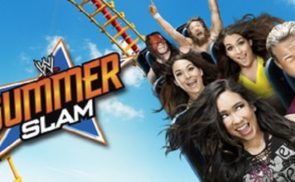